The Invasive Species Week has launched with a warning from the Department for Environment, Food & Rural Affairs (Defra).

''Be 'Plant Wise' when planning a clear out of your garden, pond or aquarium, dispose of plants responsibly and don't dump them in the wild' says Defra.
The campaign was launched by Defra and the Scottish Government, to raise awareness among gardeners of the damage caused by invasive aquatic plants.
Invasive, non-native plants can cause economic, environmental and ecological threats. They can smother native plants, clog waterways, exacerbate flooding and remove oxygen from the water which can harm fish.
A few of the invasive species to look out for:
The campaign suggests to remove any spotted species and compost them with care. Any small remaining plants can continue spreading and establishing in the pond.
You can find out how to compost them safely on the Non-native Species Secretariat's website.

The new Welcome Building at the RHS Wisley Garden will be opening on the 10th of June.

The new building will be opened by RHS Ambassador, writer and broadcaster Alan Titchmarsh.
The new 5000 square meter plant centre (the size of four Olympic swimming pools!) will host rare plant sellers throughout the year.
Visitors will be able to take unusual plants back home after their visit. 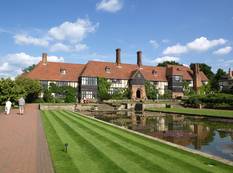 With the opening of the centre, the garden is supporting the 'Greening Great Britain' campaign. The campaign focuses on encouraging people to plant 'even more plants'.
New features of the garden also include a 75 metre long Wisteria Walk, The Exotic Garden and Heather Landscape with ornamental grass borders.
Download Candide to your phone to get your daily gardening news

Treehouses will be back at the Chelsea Flower Festival.

Specialist treehouse designers Blue Forest are at the show again with a treehouse which taps into one of the trends at Chelsea, children's gardening.
The Treehouse will cost between £150,000 and £200,000, and it will be moved to the Hampshire Hotel Chewton Glen after the show. 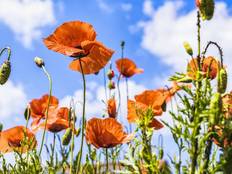 It features a reading nook, purpose-built furniture, intricate rope work and an interior design scheme inspired by the hotel's country garden.
It is made out of cedar and oak, and will be placed next to the Duchess of Cambridge's 'Back to Nature Garden', which also features a treehouse.
The RHS Chelsea Flower Show will take place over the next week. It is the most famous flower and landscape gardens show in the United Kingdom.
Free download for your phone or tablet

Garden day surveyed 3000 people nationwide and found that 53% of young people wish they could spend more time in their garden...

The Royal Horticultural Society (RHS) has received a grant of £98,900 from the National Lottery Heritage Fund to invest in a...

22 wildflower meadows will be planted in some of the borough's parks and open spaces to create a corridor for bees to visit.