A plan to revamp Ireland’s only cable car into a tourism hub and exhibition centre is causing concern among conservation groups. Wildlife advocates say the scale of the project, plus the tourist numbers it would attract could endanger a local bird population.
The €10 million Dursey Island development is a proposal to upgrade the current six-person cable car line to the West Cork island. The plan, which is under consideration by Ireland’s Planning Board, has been proposed by Cork County Council with backing from the tourism authority Fáilte Ireland.
Parts of Ireland's Wild Atlantic Way, particularly counties Cork and Kerry, are considered to be hotspots for chough birds. The red-billed corvid nests in mountains and coastal cliffs, often foraging for food in grassland. Conservationists fear an effort to entice greater visitor numbers to the Beara Peninsula cable car site could come at a price to conservation.
Download Candide to your phone to get your daily gardening news

Spanning Dursey Sound, the cable car is located at the western tip of the Beara Peninsula in County Cork. Constructed in 1969 as a means of transport for those living on Dursey Island, it is the only cable car in the country and the only one in Europe to travel across the open sea. Known to also transport livestock to the mainland, the current car has since become a popular attraction.
But the site is considered by local authorities to have significant untapped tourism potential. To meet this potential, an upgrade including a dual car system with mainland and island stations, an exhibition centre and a gift shop, as well as parking spaces for 100 vehicles, has been outlined.
The council has put forward a list of requirements for the location, including that it should be able to accommodate 80,000 annual visitors. Road improvements are also proposed in the development.

BirdWatch Ireland and Friends of the Irish Environment (FIE) have filed submissions to the planning authority highlighting their issues with the tourism overhaul. Opposing the development, FIE has highlighted evidence that chough numbers have declined 30% since 2003.
FIE spokesperson Tony Lowes said he believes the project will "obliterate" the sense of wilderness in the area. “They’re going to damage the many qualities that people come here for. That Dursey Island can only take a limited amount of people at the moment, I think that’s part of its attraction.”
In its submission to the planning application, BirdWatch Ireland, a conservation organisation, said it acknowledges the importance of replacing the old cable for island residents. However, the group, which amber lists the chough as a species of conservation concern, fears the scale of the project.
Assistant head of policy and advocacy at BirdWatch Ireland, Oonagh Duggan said the organisation cannot support the plan while questions remain about the bird’s viability in the area.

Duggan suggested that despite the council’s environmental assessment, a knowledge gap regarding the bird exists. She said the last national chough population survey happened more than 15 years ago.
"Our main concern is that alarm bells are going off that there has been a decline in the confirmed [chough] breeders on Dursey Island and we don’t know why," Duggan said.
"There are already 20,000 people going out to the island and we don’t know if that’s having an impact. We don’t have a more recent [national] survey since 2002-2003, so it’s really hard to accurately assess what the impacts of the proposed development will be."
She added: "We don’t have an accurate baseline of what the chough population is looking like, so we would be very cautious and concerned about this major development."
BirdWatch Ireland is now hoping the brakes can be put on the plan while more research is done into population numbers.
"We’ll be writing to the Department of Culture, Heritage and the Gaeltacht to ask them to urgently undertake that [national] survey. We need to know the population estimate.
"Normally these surveys are carried out every ten years and this survey is now six years overdue," Duggan said.
Watch Wild Atlantic Way - Dursey Island on YouTube

An environmental assessment report conducted on behalf of Cork County Council and Fáilte Ireland does not discount the potential for pollution and habitat disturbance during the construction and operational stages. However, it states that foraging habitat loss for the chough is "considered to be not significant".
The report also claims development may increase the viability of farming on Dursey Island, which in turn could contribute to the maintenance of suitable foraging locations for the bird.

Asked about the environmental concerns, a council spokesperson told Candide that design measures will “facilitate increased economic activity in the region whilst at the same time safeguarding the ecology and natural beauty of the region.”
To mitigate negative impacts, the council says the noisiest part of the construction will happen during the winter months outside of the chough breeding season. There are also plans for a 12,000 monthly visitor cap, as well as defined pathways and sign-posts to stop tourists from venturing into sensitive wildlife zones.
"Cork County Council has also committed to implement a 10-year annual visitor and bird survey program to monitor and chart the ecological effects, if any, of the proposed development and to act accordingly," the spokesperson added.
A decision on whether the project will get the green light is expected to be made in March next year.
Free download for your phone or tablet

Campaigners Urge People to Look After Nature This Christmas

It is that time of the year again: shops are setting up their Christmas decorations, Christmas markets are popping up across... 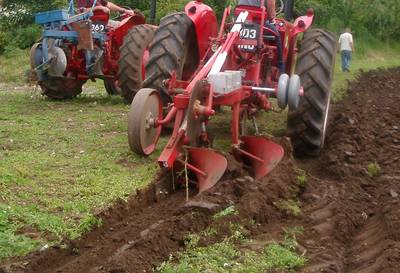 Already a third of the world's soils are significantly degraded. There are several reasons for this, but mismanagement by man...

Soil is one of our best weapons in the battle against climate change as it can store vast amounts of carbon.