History is in the walls of Borthwick Castle. The Scottish fortification was once the refuge for Mary, Queen of Scots. In times of war, valuable artefacts were kept inside the castle’s battlements away from potential invaders.
Now all eyes are on the outside of the historic stronghold with the news that restoration on the castle’s walled garden is underway.

Bringing a garden back to glory

The project in North Middleton is being led by professional chef Derek Johnstone and TV gardener Pete Jackson. They are keen to stay true to the castle’s roots and promote fresh Scottish fare.
The duo have made it their mission to bring the castle’s vegetable garden back to its former glory. Work has already begun and the four acre space is expected to open in spring 2020. 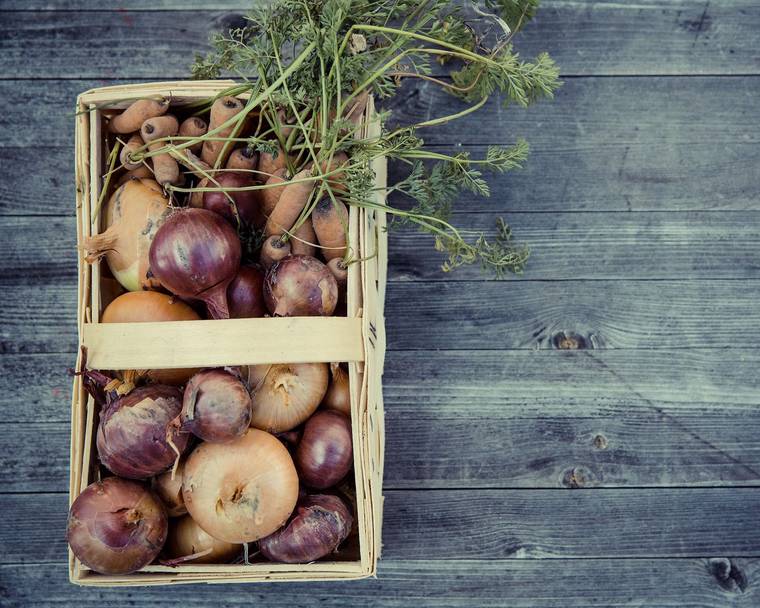 Before long, the gardens will be bursting with heritage varieties of vegtables, helping protect their future

A focus on heritage varieties

Those with a knowledge of 16th century growing practices will be interested to hear that the garden is expected to cultivate herbs like chervil from the period. Meanwhile, heritage vegetables such as horseradish and golden beetroot are being planted.
Pear and James Grieve apple trees, which were originally raised in nearby Edinburgh around 1890, will form the perimeter of the garden giving it an air of privacy.

“Hundreds of years ago, the walled garden at Borthwick Castle would have been a space for herbs, fruits and vegetables to be grown on-site and prepared in the kitchen,” said Derek Johnstone, head chef at the castle and former Masterchef winner.
“The castle is steeped in history, and it’s only fitting that this should extend to our food philosophy as well.”

Produce fit for a king

When harvested the produce will go directly to the castle’s busy kitchen which often services sumptuous wedding banquets and events.
Garden expert Pete Jackson has imparted his knowledge on STV’s The Hour and Five Thirty Show programs.
Even though the restoration is not due to be completed until next year he said now is the perfect time to prepare the groundwork for garden growth. Produce will support catered events at the castle

Working with the seasons

“Autumn is nature’s natural planting time as the soil is still warm. There is more moisture in the ground. We’re taking full advantage of that,” he said. “At the moment, we’re planting heritage winter greens for Christmas, alongside winter herbs such as rosemary and thyme. I’m looking forward to seeing our vision for the garden develop.”
When finished it’s thought the walled garden will act primarily as a private space for castle guests.
However, Borthwick Castle say public visitors can get a glimpse on selected days. Until the green space is fully set up we’ll just have to use our imaginations and hope the curators update us again soon. When you look around the supermarket, most products have travelled across the country, or crossed borders, just to be on the...