Do you really want to get rid of Ground Elder?

LittleGardenBeauty
Published on May 12th 2019
24

For most of us, Ground Elder is a pain in the neck, and its appearance in our gardens is the start of a war that goes on for years. 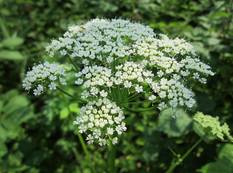 My Grandmother was so proud that she managed to rid her garden of it, only for it to creep back under the fence from the neighbour a couple of years later. Their relationship only improved when they hired the same gardener, who was able to attack it in both gardens.

But should we be joining Eric Robson, the sole member of the Ground Elder Appreciation Society (GEAS) and make use of this vigorous perennial? This plant is thought to have been brought to the UK by the invading Romans as a food source and was grown by Monks as a medicinal herb. So is it time to take a leaf out of their book and start eating it again?

Ground Elders have a scent and flavour a little like parsley. The new growth, which can appear from February onwards, can be eaten as a salad or, when a little older, as a spring leaf vegetable, in the same way as you would use spinach. After the flower buds appear in May, the leaves develop a strong taste, but if you remove the buds as soon as they appear, the leaves can still be used as a herb in soups and cooked meals.

In the Middle Ages, the roots and leaves were boiled and then immediately wrapped around joints to treat gout and arthritis, especially by the Bishops, Monks and landowners who had rich diets. The mature roots and leaves have diuretic and sedative effects, harvested from late spring to mid-summer they can be infused and taken as a tea to help with rheumatism, bladder and intestine problems.
Download the free Candide App to get help and answers from a warm community of gardeners

In a shady woodland setting, this plant is a performer. It will provide cover from March to October, and its delicate floating umbel of white flowers will dance in the breeze from May until June.
There is even a variegated form which has light green leaves with a cream edge that looks lovely. It's not a popular plant, and finding specimens for sale takes some effort.

Organic ways to remove it

If you are still not convinced that Ground Elder is for you, it is possible to get rid of it, but it can take several years. A lot of the methods I mentioned in Controlling Bindweed are also applicable to Ground Elder.

You will have a better chance of eradicating it because the spreading rhizomes (fleshy white stems) are closer to the surface. They are much more easily forked up, but again, any small segment left behind will develop into a new plant.
If it's spread throughout your border, lift the plants you want to keep and carefully wash the roots to remove every last piece of the rhizome. These clean plants will need to be potted up or planted in a nursery bed while you're clearing the remainder of the border.
You could try covering the whole area with weed suppressing matting to starve it of light and kill it off over several growing seasons.
Alternatively, you could turf the area over. Regularly mowing the grass will starve the plant, killing the roots. The area can easily be turned back to flower borders later.

Perennial weeds are survivors and to kill them by composting takes two years or very high heat. The roots must be starved of light to ensure they aren't spread back around our gardens. Most garden compost bins don't get hot enough to kill off weeds, and I know I don't have space to allow my bin to stand for two years. Thankfully some weeds, like Ground Elder, can be composted, provided we take one of the following extra steps before adding them.

I'm so grateful I don't have this plant on my allotments, but several of my clients do, spreading from the neighbours every spring. I dig out the roots and hoe off any new shoots as soon as I see them. Maybe I should be encouraging my clients to harvest them instead!
Free download for your phone or tablet 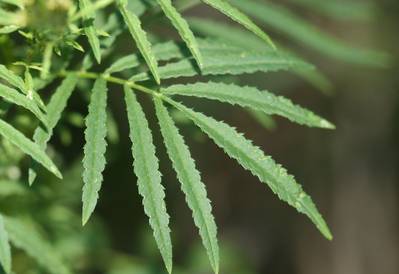 A stinky plant which deters weeds

Recently a member of the Candide community asked about how to keep weeds at bay in her flower bed, especially vine weed. This...

When I was asked if I could write about "How to get rid of bindweed permanently" I said yes but only if I could drop the...