Despite the colder weather, shorter days and lack of colour, gardens can be just as spectacular in winter as they are in other seasons. This is the message the National Trust is trying to convey by welcoming winter visitors to Sissinghurst Castle Garden.
The charity is making history by opening the celebrated Kent garden during a time when it has traditionally been closed, allowing the public the opportunity to enjoy the architectural structure and pared-back beauty.
They claim it is during this season that former owner Harold Nicolson’s design, which later became the framework for his wife Vita Sackville-West’s exuberant planting, can truly be enjoyed. 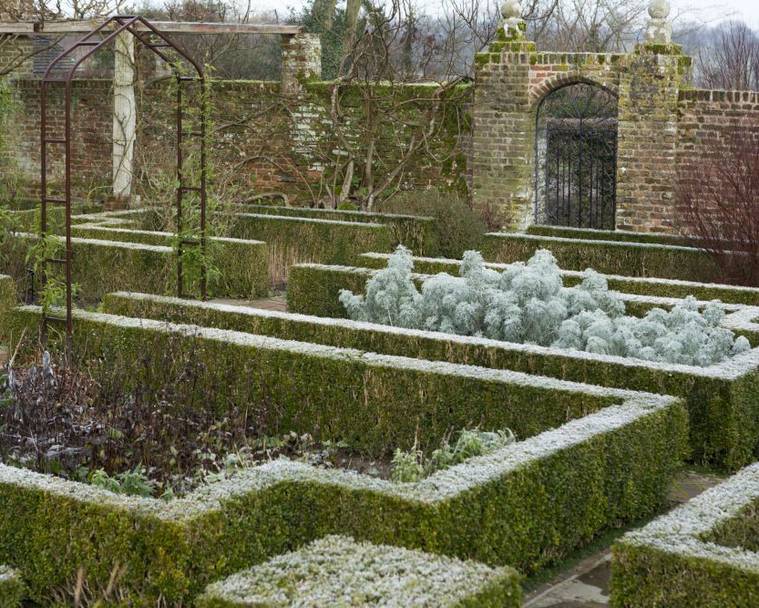 ©National Trust Images/John Miller
Head Gardener Michelle Cain says: ‘[At Sissinghurst], the garden rooms are like acts in a play, taking their turns on the stage. But in winter the ‘act’ is the whole garden and you can appreciate, perhaps better than at any other time, the design that Harold Nicolson created and how he managed to fit his grand classical ideas into the constrictions of the space available.
‘For me, and many others who visit, what makes this garden so special is the juxtaposition between Harold’s strict formality and Vita’s exuberance. Neither would be as successful without the other.’
Winter is also the perfect time to admire Harold’s layout, highly influenced by his passion for Greek classicism.
‘The view from the Tower shows the layout at its best. From here you can see how Harold created the formal elements he and Vita wanted in the ruins of a grand Elizabethan manor house, an idea which was considered unusual at the time,’ explains Michelle. 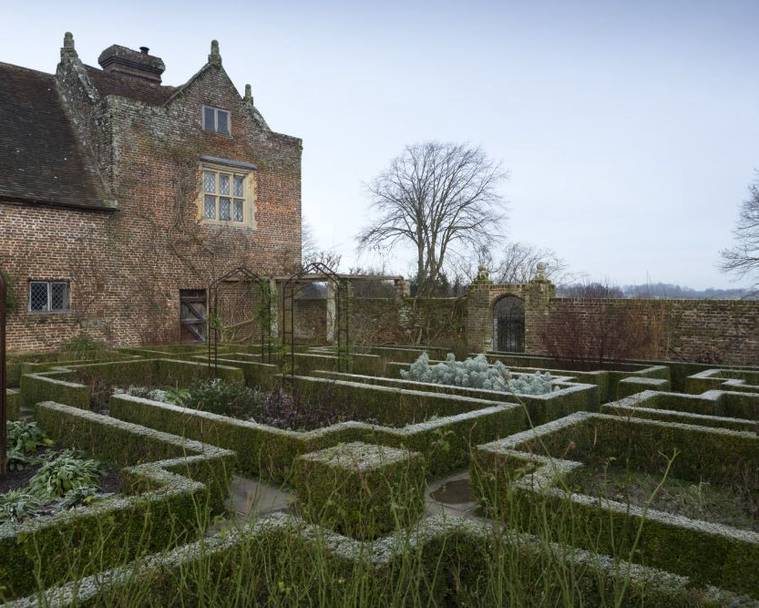 ©National Trust Images/John Miller
The clever use of hedges, used to define the now-famous series of garden rooms, are particularly prominent in winter. Meanwhile, the abundant flowers and foliage of the high season pared back mean the long vistas take centre stage.
From the White Garden the view extends right across to the Lime Walk where carefully placed eye-catching statues guide you on a journey, says Michelle. Although The Lime Walk is best known for its displays of spring bulbs, it appears in a new light in winter. 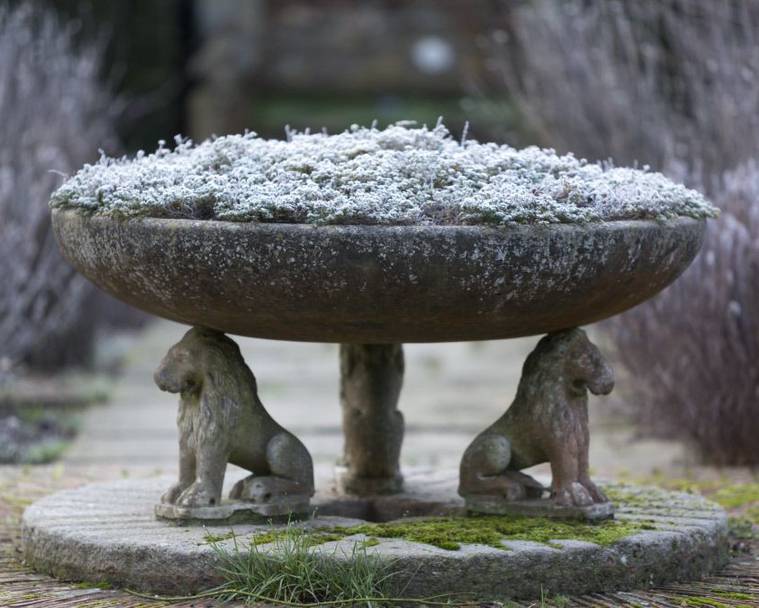 ©National Trust Images/John Miller
‘The walk shows that the garden is not all about flowers, colour and packed borders,’ adds Michelle, ‘the pleached limes are beautiful in their own right and create a quiet area that’s all about classical design.’
Although, Osmanthus, Sarcococca, Chimonanthus, Hamamelis, hellebores and snowdrops add bursts of welcome winter colour and scent within the garden.

Estate walks through woodland, farmland and alongside lakes offer those after a longer walk the chance to experience the changing colour and texture of the season.
In the Rose Garden visitors are treated to a clear view of the Sissinghurst method of rose training – roses are trained onto hazel or chestnut structures, with stems bent over to encourage more side shoots and bring the flowers down to eye level.
Visitors can also see the International Garden Photographer of the Year exhibition in the oast house as well as catch a glimpse of progress on Delos – a new garden area inspired by Vita and Harold’s travels to Greece. 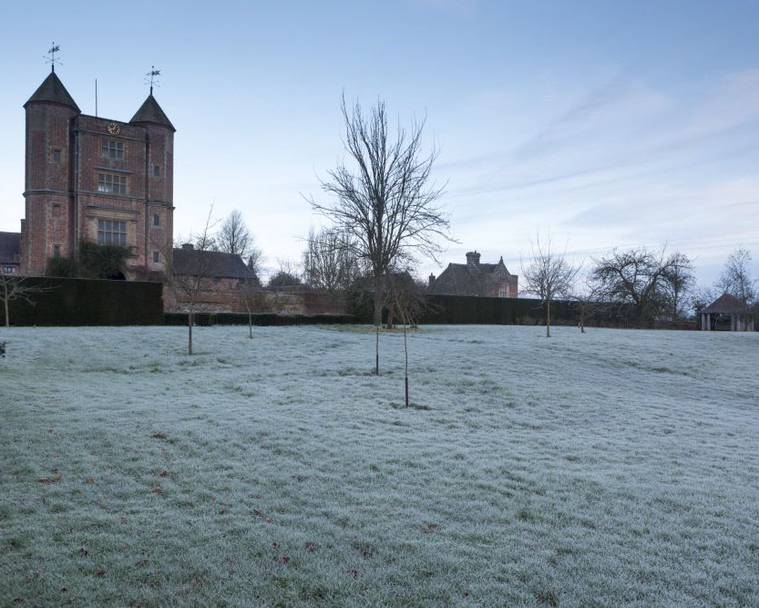 ©National Trust Images/John Miller
Poet and writer Vita Sackville-West began transforming Sissinghurst Castle in the 1930s with her diplomat and author husband, Harold Nicholson. Harold’s architectural planning of the garden rooms combined with Vita’s colourful, abundant planting reflect the romance and intimacy of her poems and writings.
The couple were the last private owners of the Castle and following Vita’s death in 1962, Harold made the decision to place Sissinghurst in the care of the National Trust.
Michelle adds: ’We’d love to change the perception that gardens are only interesting in summer.’ 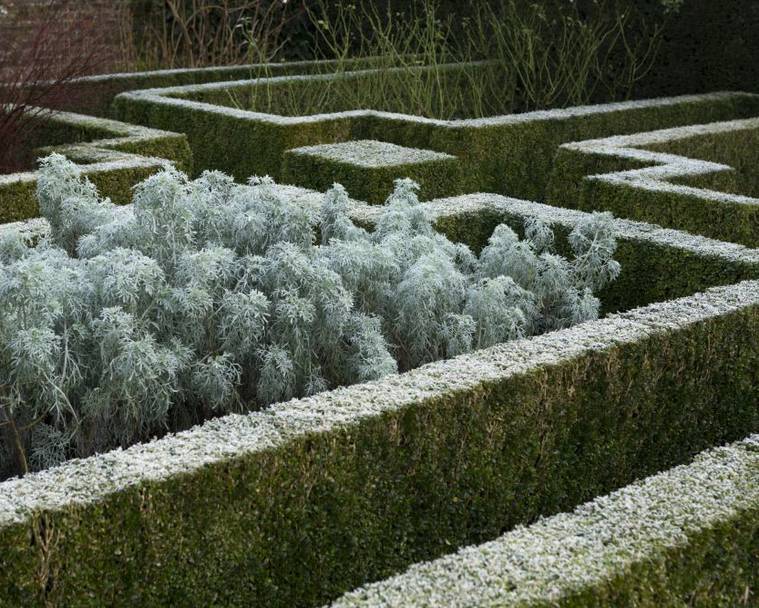 ©National Trust Images/John Miller
The garden is open at weekends until 6 March. Visit the National Trust website for opening times, prices and directions.
Free download for your phone or tablet

Get Involved in the Big Garden Birdwatch 2020!

This weekend, it's time to pick up your binoculars, dust off your identification book and join up to half a million other...

A sensory garden has been designed in Aberdeenshire to help rescue dogs.