Ellen Wilmott (1858-1934) Ellen Ann Willmott was born on 19th August 1858 into a wealthy, upwardly mobile family. She was a talented artist, woodturner, photographer, linguist, tennis player and ice skater. But when her family moved to Warley Place in Essex, to satisfy their passion for plants and gardening, she truly excelled.

Warley Place is now a nature reserve managed by Essex Wildlife Trust. Image: Essex Wildlife Trust.
In 1888, Ellen and her sister Rose (who later married into the family who owned Spetchley Park in Worcestershire and Berkeley Castle in Gloucestershire) each inherited the equivalent of around £17 million from a wealthy aunt. When their mother left them half as much again, Ellen began to feed her obsession; plants and gardening became her life. 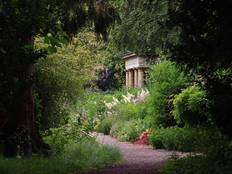 Spetchley has been home to the Berkeley family for over 400 years and successive generations have lovingly collected rare plants, shrubs and trees from around the world, creating a wondrous garden of many rooms and vistas that appeal to all ages and tastes. 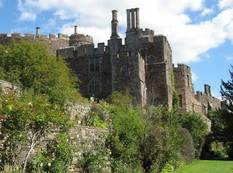 Berkeley Castle is a medieval castle, which was built in 1153. The gardens specialise in scented varieties but there is a wide range of flowers and structures to see. Berkeley cates for families too and activities onsite include arts & crafts, archery, jester skills, Knight School, a wild play area, dressing-up and much more.

First came an alpine garden covering around 2.5 acres; one of the first to be created on a grand scale. The ground was sculpted to create ravines, pools, a stream and a glass-roofed cave and filmy-fern grotto. She then planted it up with rare and difficult plants including saxifrages, crocus, daphne’s and blue flowered lithospermums, hardy cacti, sedums and sempervivums. These came from exotic, far-flung locations like the Andes, Greenland and Tibet. Nearby was a small chalet in which Napoleon (with whom she was obsessed) reportedly stayed in while crossing the Alps, that she bought and rebuilt. 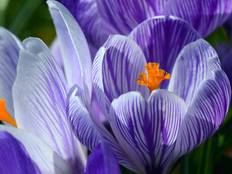 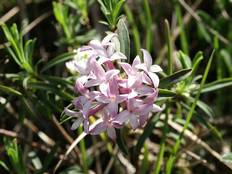 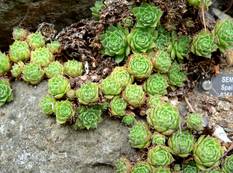 Her finances buoyant and plans extravagant, she created a boating lake on a hill, a hamlet of heated greenhouses and, at its peak, employed over 100 gardeners. Employees wore green-banded boaters, green silk ties and navy-blue aprons which she designed. They often found Willmott, who had ‘an innate love of flowers’, already in the garden at 6 am when they arrived for work. All of her time, energy and money was spent on her passion for gardening. Such was the diversity of plantings in the garden it was said winter hardly existed at Warley Place.

The ruins of Warley place. Image: Essex Wildlife Trust
She later splashed out on other properties, including in Tresserve, near Aix les Bains in France, where she built up extensive collections of peonies and iris’ and planted around 11,000 roses. At Boccanegra, near Ventimiglia in Italy, she grew Mediterranean plants and visited each garden twice a year at the most.
As a plants woman, she was unsurpassed, growing over 100,000 plants from orchids to alpines, regularly winning awards at RHS Shows. She began breeding daffodils after buying the stock of hybridiser Rev. George Engleheart, amassing over 600 different cultivars. These were naturalised in swathes throughout the park and were lined out in the walled garden. The daffodils won Ellen many awards, including four RHS gold medals for her massed displays at shows. Over fifty different plants bear names associated with her.

Plant hunter Ernest Wilson returned from China on an expedition Willmott co-sponsored with two seeds. Knowing her talents, he entrusted her with germinating and growing them both, and they were named Ceratostigma willmottianum – ‘The Hardy Plumbago’ 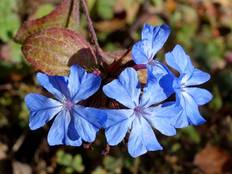 Not content with these successes, she stormed the male-dominated bastions of the RHS, becoming a member of the Narcissus Committee in 1897 – the first woman to sit on any RHS Committee. She was also one of the first women, (along with Gertrude Jekyll, who described her at the time as ‘the greatest of all living gardeners’) to be awarded their highest honour, the Victoria Medal of Honour, and in 1903 became a foundation trustee of the new RHS Garden at Wisley. She was also the first woman to be elected a life member of the Linnaean Society, the oldest active biological society in the world.
In later life she became quite eccentric. On trips to London, wearing her most expensive jewellery, Willmott carried a revolver in her handbag in case she was robbed. Once, on being acquitted of theft from Tiffany’s Jewellers, she made her one phone call to the Queen, giving an impassioned speech supporting women’s rights.

Just before the first world war, her finances drained having lavished every penny of her inheritance on her obsession, she became bankrupt. Most friends deserted her, and she eked out the rest of her life mortgaging or selling her properties and belongings (including her Stradivarius violin). On 27th September 1934, she died alone, apart from her trusted butler and was buried outside the cathedral in Brentwood, Essex.
Download the free Candide App to listen to audio tours from some of the UK's best gardens

After her death, many of her plants were moved to her sister’s garden at Spetchley Park (She had already sold Boccanegra and Tresserve). Warley Place was demolished and the site later bought by Essex Wildlife Trust. Tresserve is now the local town hall, and all that remains of her work are six Magnolia grandiflora ('Bull Bay'), a ‘Paulownia’ and a single Rosa willmottiae. Only Boccanegra has a bright future. Bought by consecutive owners who were keen plants people, the garden is still undergoing restoration today. 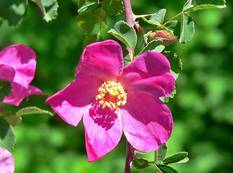 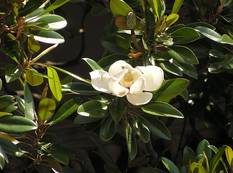 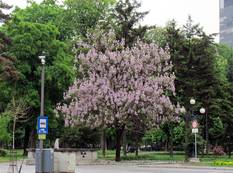 The remains of Warley House. Image: Essex Wildlife Trust
Ellen Willmott, deserves to be remembered as a brilliant plants woman and gardener rather than for her lavish spending and demise. However, there is no evidence for the legend that she ever scattered Eryngium x giganteum known as ‘Miss Willmott’s Ghost’ in any of the gardens she visited. Now that is disappointing for us all. 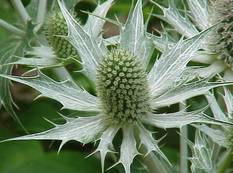 Lessons from Great Gardeners
Warley Place Nature Reserve
The History of Boccanegra
Le Leivre A (1980) Miss Willmott of Warley Place: Her Life and Her Gardens. Faber and Faber, London