Demand for Allotments Soars By Up To 500%

Fancy getting an allotment? You’ll need to be patient! Spiralling nationwide demand for plots is leading to frustration for gardeners, with almost half of local authorities admitting that plot waiting lists now span more than 18 months.
Demand for allotments has been soaring ever since the 2008 Credit Crunch hit household finances hard, but panic buying and empty supermarket shelves at the start of the Covid-19 pandemic in March threw the spotlight onto the fragility of the UK’s food supply network, fuelling demand for already oversubscribed allotment plots.
According to the National Allotment Society (NAS), one in eight of the UK population has no access to a garden – with one in five Londoners deprived of any green space to grow food. The NAS pointed out that during the Dig for Victory campaign of World War Two, 18 per cent of UK fruit and vegetables were home-grown – but by 2018 that figure had fallen to just three per cent.
The NAS’s Diane Appleyard told Candide: “In April I carried out a survey of 500 local authorities and 150 replied – 40 per cent had witnessed a significant increase in applications on their allotment waiting lists. In several cases, councils had experienced a 500 per cent rise in applications.”

Candide has dug deeper to reveal the extent of the crisis in allotment provision. According to a study by the Association for Public Service Excellence (APSE), 69 per cent of responding local authorities had 100 to 400 people on their allotment waiting lists in 2019, with eight per cent of councils saying that waiting lists were besieged by more than 1,000 applicants.
Only 12 per cent could guarantee to provide a plot within six months, with average plot waiting times varying from six to 18 months. The cost of renting a plot is also a lottery, with over half of local authorities charging more than £50 – while annual fees of more than £70 are common.
A report from The University of Sheffield’s Institute for Sustainable Food revealed that the roots of the allotment crisis were sown decades ago. Researchers discovered that space for urban allotments has fallen by 65 per cent since its peak between the 1940s and ‘60s – resulting in lost land that could have been used to grow 2,500 tonnes of food per year in each of 10 cities analysed. The probe claimed that the most deprived areas have lost eight times more allotment space than wealthier regions.

Garden Organic, the charity that promotes food-growing using natural techniques, said it recognised the struggle to access allotments but advised gardeners to put their names on waiting lists while getting to know people at their preferred allotment association – or joining community growing projects.
Garden Organic’s head gardener, Emma O’Neill, said: “If an allotment is out of the question, for now, there are still ways to grow organic food, whatever space you have. Tumbling tomatoes grow well in hanging baskets; potatoes, strawberries and cut-and-come-again salads are perfect for pots and herbs grow on an indoor window ledge. Starting small gives you the knowledge and confidence to take on an allotment when one becomes available.”
At a Brexit briefing in 2018, allotment expert Professor Dave Goulson urged the government to buy up land to increase allotment provision, claiming that “allotmenteers can produce the equivalent of about 35 tonnes of food per hectare” with “zero food miles or packaging”.

How to Grow Your Own Sleep Remedies: 8 Plants That Will Help You Get Some Shut-Eye

If you're having trouble sleeping, you're not alone. On average, a third of the UK population struggle with insomnia. And our...

How to Make a Gutter Garden

If you have a small garden, you know that every inch counts when it comes to growing your own. So maybe it’s time to grow up... 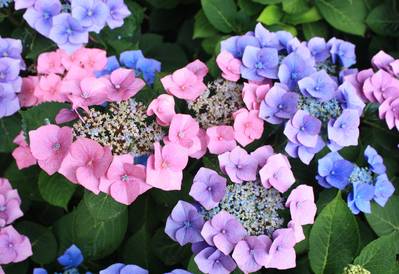 Everything You Need to Know About Hydrangeas

In this article, I'll explain everything you need to know about growing and caring for Hydrangea.