At Candide, we're keen to shout about the independent nursery owners up and down the country and their spectacular plants. We think it's important because the plants are always the best quality and not something you'd find at a supermarket or garden centre. This week, we'd like to introduce you to an independent nursery based near Exmoor National Park, called Elworthy Cottage. Keep reading to get to know the owners, Jenny and Mike.

The place for speciality Snowdrops

The eastern end of the Exmoor National Park is home to a small nursery that’s big on Snowdrops and spring flowers, along with a wide range of herbaceous perennials.
Elworthy Cottage has been a favourite spot for gardeners for more than 20 years, with many customers regularly driving along country lanes outside Taunton to see what treasures Jenny and Mike Spiller have added to their collection.
The nursery is the perfect place for Galanthophiles, with more than 150 different snowdrop cultivars on which to feast their eyes.
From Augustus to Yamanlar, not to mention Wendy’s Gold, Sibbertoft Soldier and Mrs Wrightson’s Double, its extensive collection frequently features new additions, with a mail-order service available for those unable to come in person.

The best spring blooms in Exmoor

Once the snowdrops have finished flowering, there is a wide range of spring bulbs to plug the gaps, including more unusual specimens such as the hoop petticoat daffodil Narcissus bulbocodium, and early-blooming perennials such as the double-flowered lesser celandine Ranunculus ficaria ‘Flore-Pleno’ and Trillium chloropetalum. 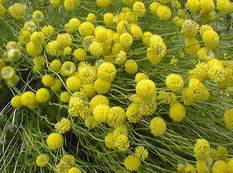 The range at Elworthy Cottage Plants is such that the colour keeps coming throughout the year, with hardy geranium, geum, pulmonaria, astrantia and crocosmia among its specialities. 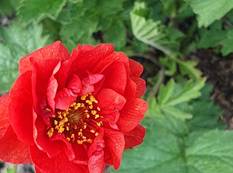 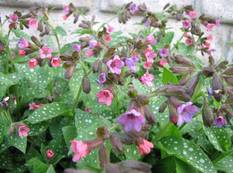 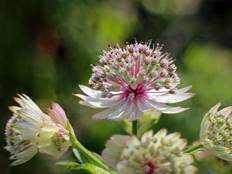 “We prefer to grow small numbers of a wide selection of different plants, rather than larger numbers of a few varieties, which means most are only available in limited quantities. This is why we encourage customers coming from a distance to telephone first to check on availability if they’re looking for a particular plant,” says Jenny.
“We do not use peat. Generally, the plants for sale are grown in soil-based compost, and we find they tend to establish themselves much more quickly in the garden.”
Along with examining the various pots on sale at the nursery, visitors to Elworthy Cottage can enjoy a stroll within the Spillers’ flower-filled garden to see how plants perform in the ground.

The garden at Elworthy Cottage copyright: Peter Chatterton
Over the years, Jenny has created several island beds to show off her collection within her acre-sized plot, which sits 600ft above sea level. There are grassy areas full of naturalised bulbs creating a beautiful display in spring.
The Spillers moved to their 19th Century cottage some 40 years ago after Mike’s highways job brought them to West Somerset.
Initially, they used their land for goats. Still, it wasn’t long before Jenny started acquiring plants and carving out island beds to display them, a hobby that ultimately led her to give up being a biology teacher and setting up the nursery when her children were young.

Trillium chloropetalum copyright: Peter Chatterton
“This garden has been more than 20 years in the making, and I think it will never be finished”, she laughs.
“Mike and I have always felt the garden should fit in with the countryside that surrounds us, to be fairly informal. I make a point of losing myself in it every day.”
The garden at Elworthy Cottage is open by appointment most days during March to raise funds for the National Gardens Scheme (NGS). Call 01984 656427 or email mike@elworthy-cottage.co.uk.
Visit https://www.elworthy-cottage.co.uk to see Elworthy Cottage’s full catalogue.