Fascinating Flora: The Most Unusual And Interesting Plants You Can See For Free In Public Parks

Our open green spaces have proved to be stress-busting havens in recent months, but how much do you know about the flora that populates the UK's public parks? We tracked down some of the more unusual specimens that enrich our natural spaces, from elusive Funghi to rare-blooming wildflowers to an ancient tree with bleeding bark, proving that there's a whole world of wonder on our doorstep once you know where to look. 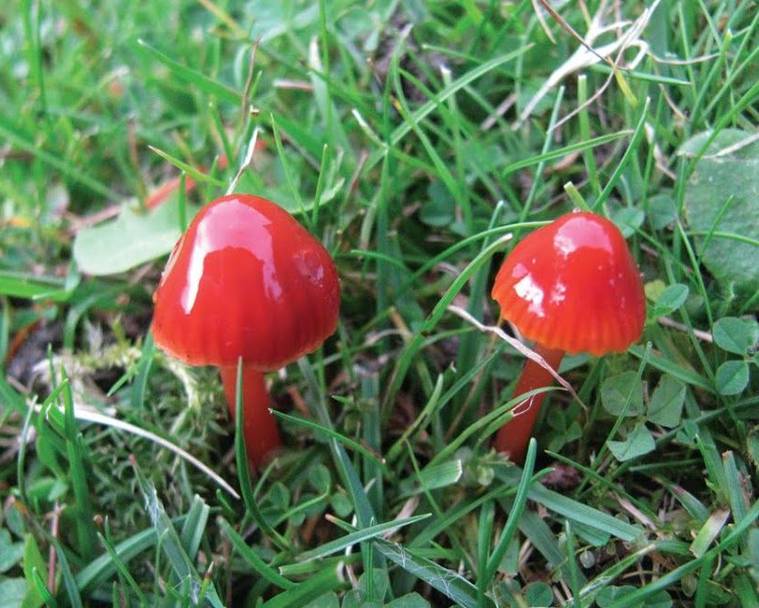 Northumberland National Park is known for its vast and beautiful valleys, rugged moorland and cascading waterfalls. When you're distracted by those panoramic views, it can be easy to miss the small things. But one park ranger made a recent discovery at his feet that proved to be just as thrilling as the expansive brooding sky above. The Coquet Valley is home to the Jubilee Waxcap, a rare funghi, distinguishable from other mushrooms by its dayglow colours. 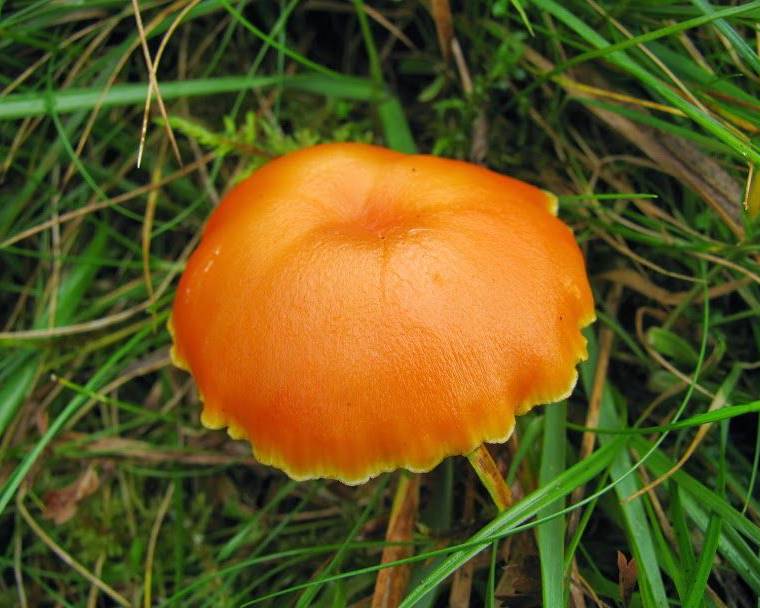 Northumberland National Park Authority said: “The discovery of waxcaps at sites like Hadrian’s Wall and the Coquet Valley brings a new sense of importance to the conservation of these areas and it is vital that we continue to work together with farmers to help protect grassland sites in order for Northumberland National Park to continue to be recognised as a global hotspot for these rare and elusive fungi.”
Although highly weather dependent, the elusive waxcaps are generally ‘in-season’ between September and November. Send your sightings to shaun.hackett@nnpa.org.uk. Fall for florals
Maiden pinks (Dianthus deltoides) are wild versions of the pink family that grow in several places in Northumberland National Park. But one of the more unusual places to find them is atop the Whin Sill Grassland Roof located at The Sill: National Landscape Discovery Centre. Here you can see various native grasses battling the elements, but from July to the end of September it's the carpet of Maiden Pinks which steal the show.

Spot the Sycamore
At around 150-200 years old, it's not the oldest tree in the park, but the Sycamore Gap Tree is certainly the most famous. 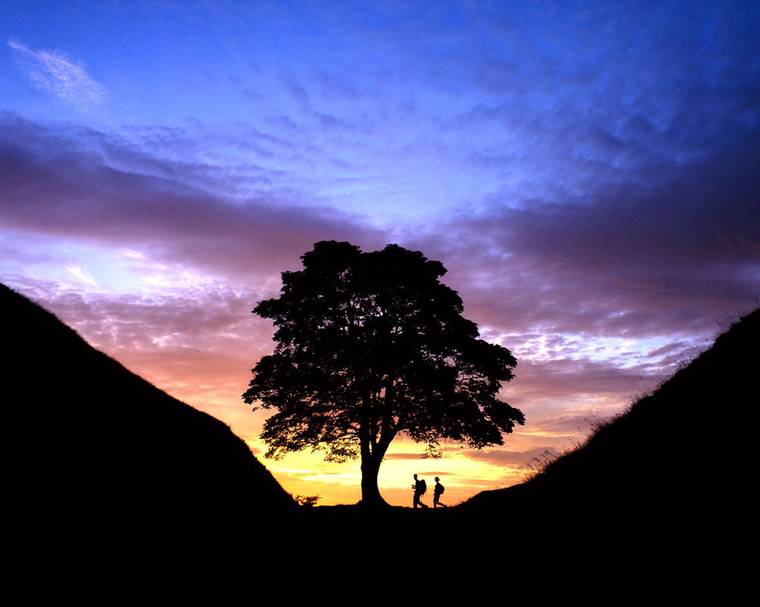 Thanks to its unusual position sandwiched between the dip of a hill, it's also one of the UK's most photographed trees. But how did the dip come about? "This dip is actually a glacial meltwater channel. The site is formed by water beneath once mile-high glaciers being forced through a weakness in the hard rock. You can walk to the base of the tree on a footpath which is part of the Hadrian’s Wall National Trail." The tree had a cameo in the film Robin Hood Prince of Thieves and was also voted Britain’s Tree of the Year in 2016. 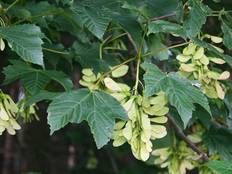 Many are attracted to Hastings Country Park for its cliffside walks and those sweeping views of the south east coastline, but look a little closer and you'll notice that these strutting cliffs are home to a whole host of fascinating flora. Though globally scarce, Dumortiere's Liverwort (Dumortiera hirsuta) is thriving at Fairlight Glen, in fact, half of the nation's population of this species can be found here, according to Natural England.
Colin Fitzgerald, lead councillor for parks and open spaces told Hastings in Focus that shifting the land's focus from dairy farm to a low-intensity farm with biodiversity at its heart helped preserve the flowerless species. "The pollution from the cattle slurry nearly wiped out the plant, but we stopped the pollution and reversed the decline in this rare and important species." However, concerns have been raised over plans for a solar farm that would encroach on the plant's habitat.

Waxing lyrical over wildflowers at Riverside Nature Park in Dundee

One unexpected benefit of councils entering into lockdown was wildflower verges flourishing. At a former landfill site turned nature park in Dundee, the absence of mowing meant one of Scotland's rarest wildflowers, The Giant Yellow Rattle, bloomed for the first time.
It is thought this distinctive flower with its lobed, canary yellow petals was first introduced from the continent with agricultural grass seed in the early 1700s. Similar to the Waxcap, Yellow Rattle thrives in nutrient-poor grassland, where it's a popular snack among cows. The saying goes that when yellow rattle is in flower, the hay is ready for harvesting. However, it declined rapidly during the 20th century due to changes in farm practices, according to conservation charity Plant Life. 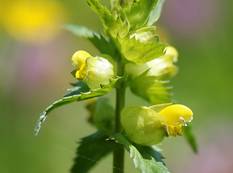 Talking trees on the Pembrokeshire Coast

From the most unassuming little shrub-like sapling to the most impressively-girthed giant, every tree tells a story. 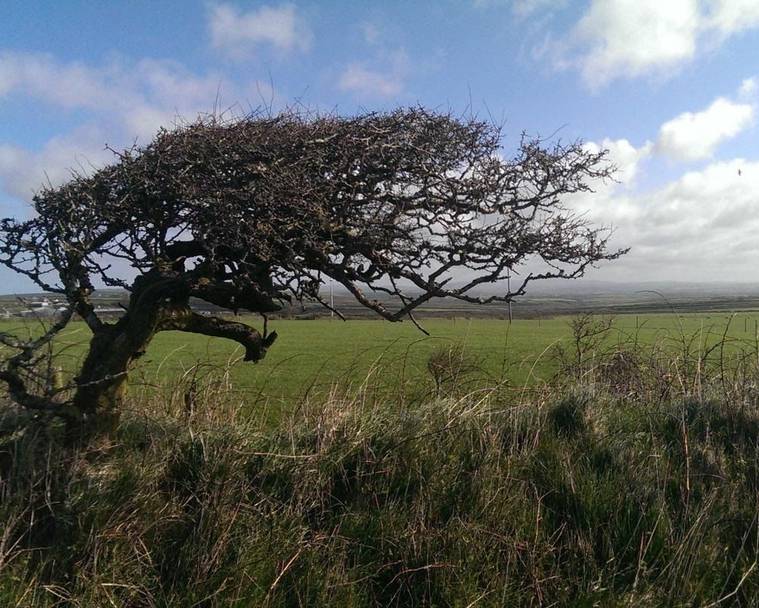 "Just by looking at some of the species along the Pembrokeshire Coast you can tell the direction of the prevailing wind, because the trees’ branches and trunks have bent with it to survive. The ‘windswept Pembrokeshire tree’ is a classic feature of our coastline." Pembrokeshire Coast National Park Authority Tree and Landscape Officer Mike Higgins tells us.
"One of the rarest trees in Pembrokeshire and the UK is the catchily-titled: (Juniperus communis subsp. hemisphaerica.) a subspecies of juniper which grows on Ramsey Island. While not especially pleasing on the eye - It just looks like a scrubby bush, this subspecies is only found in Pembrokeshire and at The Lizard in Cornwall. The Vascular Plant Red Data List for Great Britain (2006) designates this juniper subspecies as critically endangered as there is an extremely high risk of extinction in the wild in the immediate future." 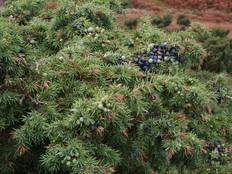 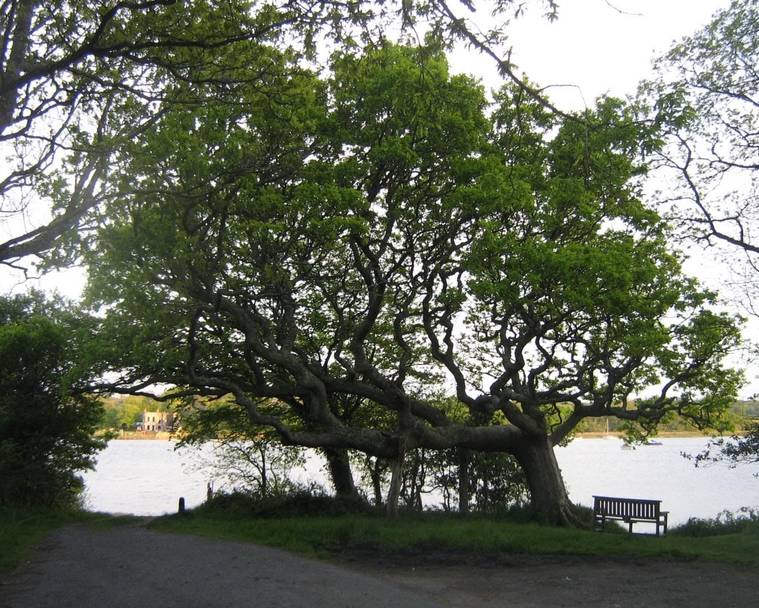 Nevern’s ‘bleeding yew'
"Among an avenue of 700-year-old yew trees in Nevern churchyard is the famous ‘bleeding yew’. Some say it bleeds for the wrongful hanging of a young man many years ago. Others say it will bleed until a Welsh prince takes the throne at Nevern Castle, while one legend says it will bleed until the world is at peace."
Picton’s ‘rudder oak’
"In the Napoleonic era, any oak that had a good L-shaped curve on it was earmarked for constructing a boat rudder or other large structural timbers of the ships. The unused ‘rudder’ of this great oak is now propped up with a wooden brace. Next to the picturesque Cleddau river slipway, the Picton oak is an icon of the area."

Many people flock to London to hear the tales of its ancient streets and historic buildings but London's Royal Parks are full of majestic trees with their own stories to tell. So next time you're in the city, put one of these top trees on your itinerary, as selected by Adam Stoter, technical assistant at Greenwich Park and Jo Scrivener, assistant park manager for Richmond Park.
Dry your tears, Richmond Park 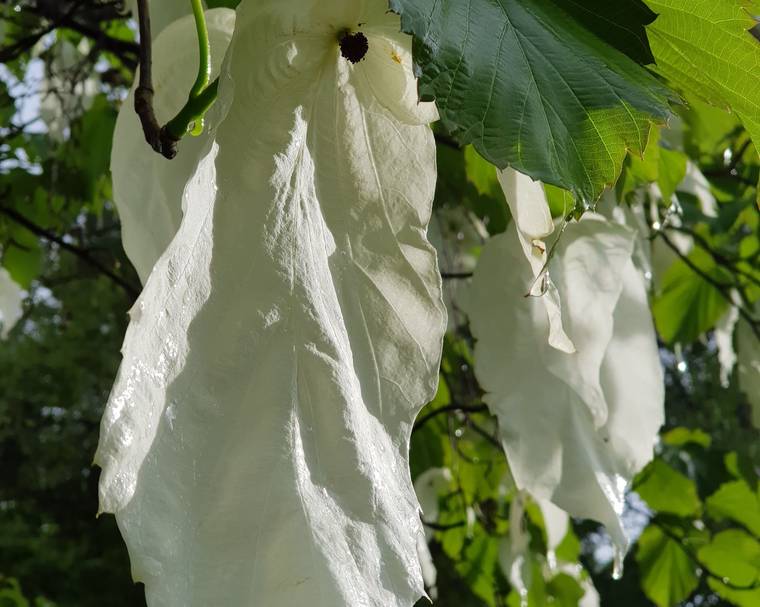 "The handkerchief tree(Davidia involucrata), also known as the ghost tree or dove tree hails from China and in May/June the tree bears inconspicuous globular flowers and a pair of large unequal white leaf bracts that flutter in the breeze like dainty handkerchiefs or a flock of doves. It really is a beautiful sight to behold! You can find this unusual tree on Thomson’s Lawn, Isabella Plantation."

"A giant tree native to East Asia with a height reported between 50-90 m and 3-4 metres wide. There was a very high demand for its wood in the past for temple building and coffins. More recently the species has become vulnerable in the wild due to logging and forest clearing."

"With its distinctive and attractive bark, this tree can be found across the Eastern USA and southeast Canada. Every part of this tree was used by the native Americans. The nuts are edible and used to make hickory milk, the bark is good for smoking meat and the timber is strong, flexible and durable for making tools and weapons."
Have you spotted anything unusual on your outings? Let us know in the comments.
Free download for your phone or tablet 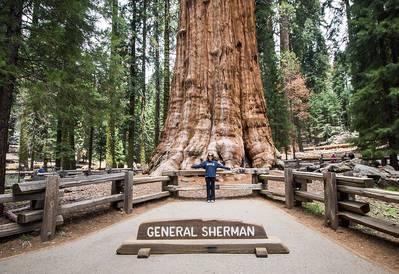 I've been a plant geek for over 30 years. As a kid, I grew unusual plants on the windowsill with my Grandma, which later... 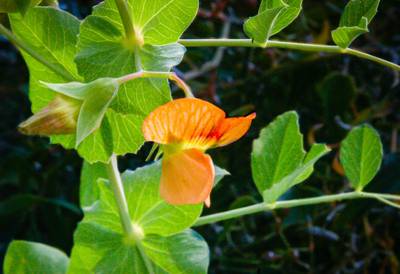 Israeli scientists, writing in the journal Plant Science, have been digging around in the genetic code of Pisum fulvum (known...