Gardeners are battling a plague of aphids this summer, with abnormally high populations of pests destroying flowers, fruit and vegetables. But all is not lost, as leading horticulturists have shared their expert tips with Candide, to help gardeners tackle infestations.
“A total nightmare”, “horrendous”, “never known it so bad” and “everything’s smothered” are just a handful of comments from gardeners who turned to social media to express their frustration. Reports suggest the worst-hit crops are beans, which have been decimated by black bean aphid.

Tomatoes, aubergine, apples, squash, kale, courgettes, sweetcorn, sweet pepper, nasturtiums, dahlia and even wildflowers have been badly affected, and in some cases, wiped out. High numbers of ants have exacerbated the problem, as ants ‘farm’ aphids – nurturing, protecting and helping to spread colonies so they can feed on aphids’ sweet secretions.
The Royal Horticultural Society’s chief horticulturist, Guy Barter, explained the cause of the problem: “The mild winter no doubt meant that many more aphids survived than usual as adults, as opposed to eggs. They were ready to take advantage of hot early summer weather. Usually by late summer, ladybirds and other predators get on top of them.
“Aphid numbers were phenomenally high early in the summer but have declined to low levels consistent with long-term averages. Exceptions include a moderate increase in black bean aphid in the midlands and East Anglia. With the exception of the peach-potato aphid, most aphids are susceptible to synthetic pyrethroid insecticides as a last resort if all other means fail, such as soap and oil-based insecticides,” Guy added.
Gardening editor of The Sun and a former presenter of BBC Gardeners’ World, Peter Seabrook, revealed why aphid populations exploded: “It is not unusual to have a build-up of aphids after periods of hot weather, followed by wet and humid conditions in summer. The surge in plant sap and lush new growth provides plenty of food for pests. Heavy infestations have been seen on leucanthemum, loofahs, roses and runner beans. Spot treatment to knock out the first sign of attack with SB Plant Invigorator worked well.” Peter said a large display of nasturtiums, which are usually a magnet for blackfly, in the Floral Fantasia display at RHS Garden Hyde Hall in Essex, had not been hit after biological pest controls were introduced last year: “There is no aphid problem so far this year and a lively population of ladybirds and their larvae may well be the answer.”
Resident gardener on BBC1’s The One Show, Christine Walkden, said gardeners needed to act quickly to tackle high populations of aphids: “People don’t check their plants regularly, and when they notice an aphid problem it tends to be a big one. Regular inspection and physical removal does work.”
Charity Garden Organic acknowledged that aphids are “a real problem” this season. But knowledge officer Dr Anton Rosenfeld pointed out that growers who had established diverse habitats with lots of natural predators such as ladybirds, hoverflies and lacewings had not suffered.
Organic gardener Bob Flowerdew, of BBC Radio 4’s Gardeners’ Question Time, revealed how he has kept aphids at bay. Bob, who publishes free gardening advice at www.bobflowerdew.com, said: “I’ve spent decades building-up background levels of natural predators by planting habitats, putting up nest boxes and using no ‘nasties’ [sprays]. Where ants are farming aphids, I find they can often be weaned over to jars of old jam.”
Free download for your phone or tablet

Whether you're worried about mosquito-borne diseases or you're just looking for a more natural way to keep those bites at bay... 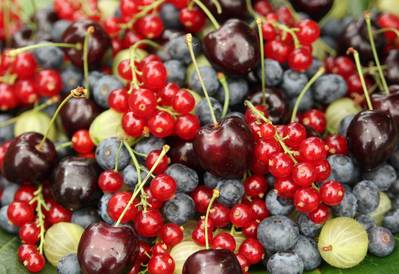 What to Do in the Garden This Week - July 24th

Fruits are ripening, temperatures are climbing, and blanket weed and mildew might need treating this week. 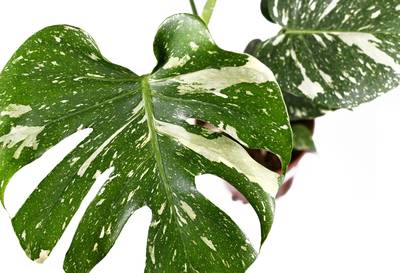 How to Find 9 Rare Monsteras