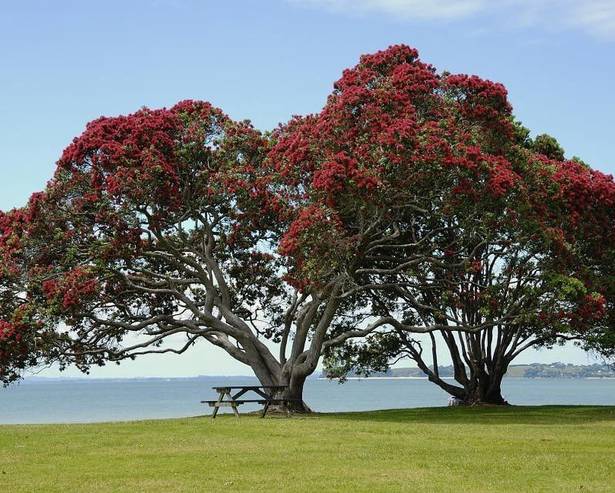 While we’re decorating our evergreen icons in the northern hemisphere in the south Christmas trees are a whole different ball game.
The two trees you’ll find in Australia and New Zealand, respectively, don’t need tinsel to make them look festive. 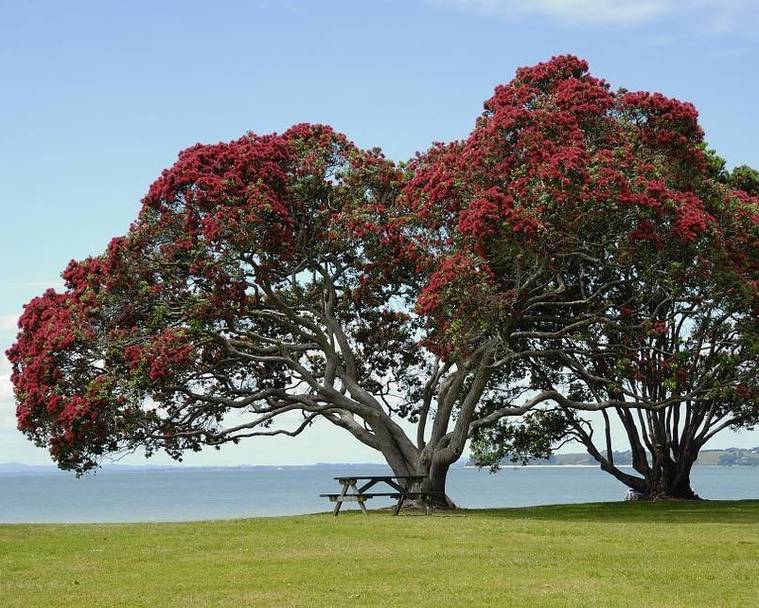 The sight of a New Zealand Christmas tree (Metrosideros excelsa) in full bloom has few rivals in nature. Brilliant red flowers engulf the dome-shaped trees. Though the plant is now often referred to as the ‘New Zealand Christmas tree’ its traditional Maori name is the Pohutukawa.
In the myrtle family, when viewed close-up the vibrant stamens much resemble its cousin the bottlebrush plant. 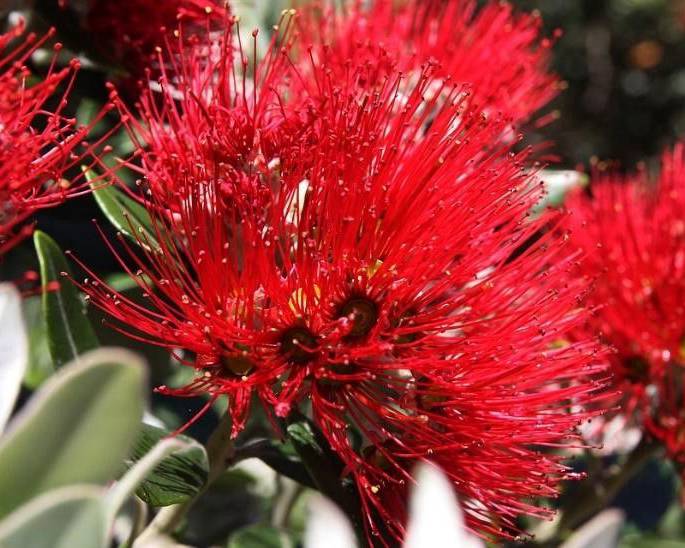 Although in the UK it flowers in the summer (our winter is the austral summer) the Pohutukawa can be grown in a cool conservatory. It requires a very well-drained growing medium and full sun and grows outdoors in very mild areas of Cornwall and the Scilly Isles.

Not to be outdone, Australia has its own ‘Christmas tree’, this time the moodjar (Nuytsia floribunda). The indigenous name gave way to the seasonal moniker in the 19th century due to the richly golden flowers appearing during colonist’s holiday festivities.
Strangely, despite its geographical distance from us, Nuytsia actually has a relative which we consider integral to our holiday celebrations: mistletoe. 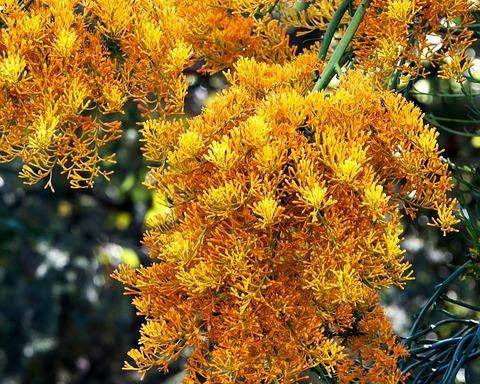 Much like its distant cousin, the Australian Christmas tree is also a hemiparasite, feeding off the roots of nearby host plants.
This may not sound in the manner of the season of giving, however, the abundant and nectar-rich flowers of the moodjar are relished by bees and other nectar-feeding species. 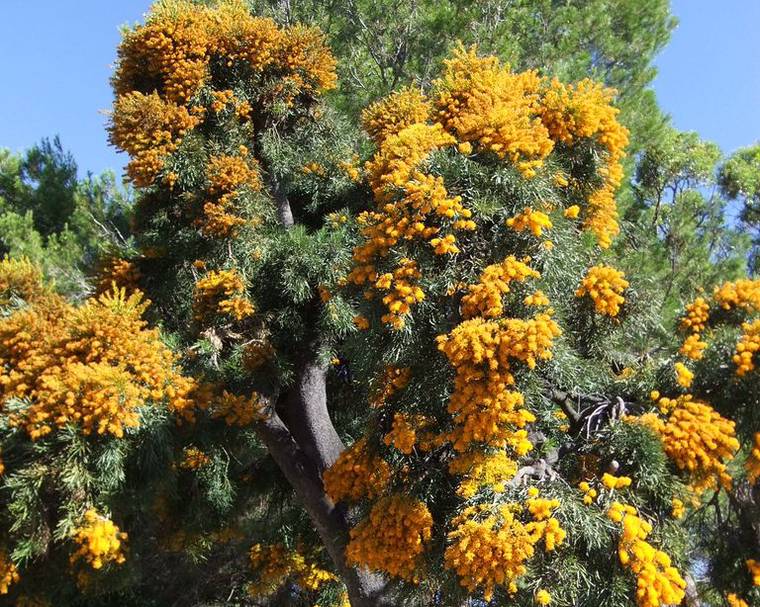 Muytsia is a super-size hemiparasite!
Free download for your phone or tablet 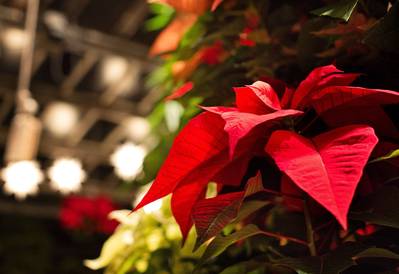 Christmas = Poinsettias. Everywhere. Love them or loathe them, they’re more popular than ever. Christmas is one of the most difficult times of year to be environmentally-friendly – and cutting your carbon footprint during...