The River Liffey, a major artery running through Ireland’s capital, is now striking a musical chord after scientists captured the waterway’s hidden voice.
Encapsulating all that is good and bad about living in a major city, and rolling down from the nearby Wicklow mountains, the Liffey runs by wildflower orchids and cowslips that spring up along its banks.
A thoroughfare and pitstop for wildlife like otters and kingfishers, the river is a reminder of how Dublin successfully sprung up from alluvial sludge. A natural powerhouse, the Liffey is lassoed in parts for drinking water, recreation, and industry.
Its waters pass former Viking settlements, under 24 bridges and by iconic trading, cultural and administrative posts. But the river can also be the bearer of bad news; a natural barometer of how people can be so careless about water and the environment.
The waterway’s hidden voice has now been unleashed by a sound art project which analysed water samples and translated them into an environmentally centred musical score. The music is pretty, even if some of the data was not.

“It’s not a healthy river. But it has improved an awful lot over the last 20 years,” Mikael Fernström, one of the researchers behind the water sonification, told Candide Gardening. “The Liffey used to sniff its way out to sea.”
He said the Liffey’s water data sounded like “pretty extreme electronic music” before it was refined for a performance at Dublin’s Liberty Hall.

From the river’s bronze personification through the Anna Livia statue to the writings of James Joyce, Brendan Behan, and Eavan Boland, the iconic and ecologically important waterway has inspired artists down the ages.
But never has the 125 km long river had its own voice heard quite like this; quite like the Uisce Salach score, which translates as ‘Dirty Water’ in Irish.
The project is by Softday, the art-science collaboration of artist Sean Taylor and computer scientist Fernström. The duo has a long history in producing unique musical pieces, such as the Song Of The Urban Bees.

This time around, the strings of the Irish Chamber Orchestra and a chorus of laptop wielding scientists are there to perceptualize the composition of river water.
Interestingly, while the project is very much an Irish affair, the Uisce Salach idea was at one stage going to be applied to the Flint water crisis in Michigan.
“I had been following the Flint community for quite a few years and all their trouble with water. I wanted to link into that community while we were over [in the US],” Fernström explains.

On World Water Day, citizen scientists were asked to contribute water samples from the Liffey. Fernström and Taylor later nabbed the help of Dublin kayakers and a ferry to grab their own test samples, which were then sent to a lab.
“You get numbers, lots of numbers and that’s what keeps us going for making our art. In some cases the samples were so polluted that they had to be diluted before being properly analysed to be within the scale of the sensitive equipment in the lab,” he said.
“For each water bottle or sample, we would get at least 25 different things - aluminium, chromium, iron, lead, you name it - contained in the water.”
So, with a lot of data to play with, the complex effort to break it all down began. “One way to slice [the data] is to think of it as a journey, close to the source of the Liffey all the way out to the coast,” Fernström says.

“For example, you could follow aluminium values along the river.” He works in an atonal way initially, before moving onto refining the sounds.
“I slice all the data so that certain things start to sound interesting to my ear as a scientist. [With large data sets] sometimes what we hear is what we don’t see. Then it is time to decide, ‘okay, what do we do with this?’”
A classically trained musician, Fernström studied Dublin songwriting traditions to formulate musical algorithms that could be blended with the Liffey data.
He then tinkered and repeated the intricate process so as to allow the data to make “musical sense” for an orchestra.
“After doing that a few times we get something that we think will work, and that’s what you heard at the concert,” he said.
The result, well, is a pretty cool soundtrack that accompanies an act exploring the Liffey's relationship with Dublin. It's also a unique way for people to ponder nature and water quality.
Free download for your phone or tablet 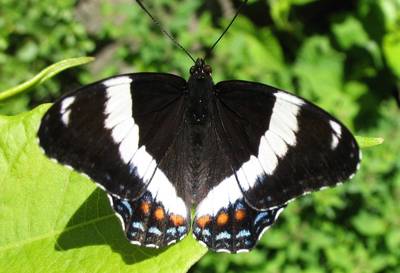