“It got me out of the house, doing things, achieving things and socialising again.”
This is what Lara said about her time at Walton Charity’s community allotment.
Lara had lost her job, moved back in with her parents, and was in major debt. She felt like a failure, had completely isolated herself and was diagnosed with Obsessive Compulsive Disorder (OCD). The NHS’s mental health service, the Joseph Palmer centre recommended she volunteer at the allotment.

After lots of coaxing from her mother she began to go, enjoying that there was no pressure to interact with people if she didn’t want to. The more she went, the more she began talking to other people and working with them. Eventually, Lara discovered her passion for gardening and after it facilitated her recovery, she got a job working for a horticultural centre for special educational needs and disability.
Download Candide to your phone to get your daily gardening news

Feedback on Walton Charity’s community allotment is riddled with success stories like this. People who learnt to use gardening to work through their grief, to move on from past relationships, to make friends, and most commonly to assist their mental health.
This is not a coincidence. The community allotment is specifically targeted at people who suffer from physical or mental health conditions, learning disabilities and isolation.

“One of the most effective ways to alleviate stress is to combine the effects of being in a nature setting with the effects of the physical activity of gardening,” quotes Walton Charity.
The charity knows how important the allotment is for its volunteers and makes sure that it provides community and support even when the gardens are closed during Winter.
“For many, these sessions are the only human contact that they get,” said Walton Charity’s communications manager, Janette Butler, “and when the Community Allotment closes during the winter months, we try to engage them by offering sessions to give them the opportunity to learn new skills and at the same time interact with our elderly residents of our sheltered housing.”

Although the community garden is a project that is only three years old, the charity is deeply historical.
It goes right back to 1212 where noblemen were given free land in return for their service to the poor. By the end of the 19th century all the original individual charities merged into what is now Walton Charity.
Whilst the charity still strongly identifies with its history, its priority to “modernising and responding to the ever changing nature of poverty and need.” And out of this marriage between historical values and new developments, came the highly successful community allotment.
The charity actually had four different allotments but the one that has received the most positive feedback is its largest one, on Terrace Road.
One of its volunteers said: “Slowly but surely, the Community Allotment has helped me feel part of the world again.”

Buying a Christmas tree is one of the most common Christmas traditions across the country. Without a tree, is it even really... 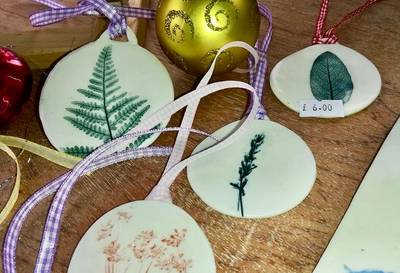 Give a Gift From Nature This Christmas

Still searching for the perfect gift or simply want to avoid the hustle and bustle of shops during the festive season? Why not... 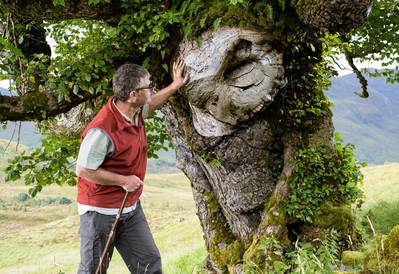 Tree with a ‘Face’ Leads the Battle Against Dutch Elm Disease

You only have to look out of the window to see a tree. They are everywhere, but have you ever seen a tree with facial...