Better weather this week has seen the bees flying and collecting pollen across the estate. Sadly, one colony wasn’t able to take advantage of the sunshine.

Freda - Seen flying on the cooler and overcast days, as well as during sunny periods. Appear to be strong and thriving.
Druid - We were concerned about these bees as they seemed not to be flying when other colonies were. However, they were out and about this week.

Winifred, A.B & S.B - Entering this apiary is always a joy, with all three hives busy and bringing in a variety of pollens. The dark orange is dandelion, and the paler yellows and creams from are from hawthorn and rapeseed, which has just started to bloom nearby. 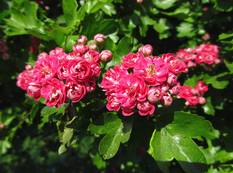 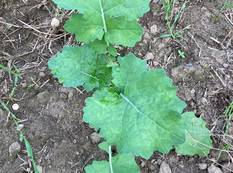 The two smaller colonies that we took from splits last Spring have now filled their brood boxes, so we added a super (a box used to collect honey) onto each. We won’t take honey from this super but will add further supers when the colonies have proved strong enough.

Emily - Using the observation windows on this hive, we could see that the colony was tightly packed. We also spotted our first drone (male bee) of the season entering the hive and therefore decided to add another box.

Full brood box in Emily
Warre hives are meant to have new boxes attached at the bottom, but we have found that this is neither practical (very heavy to lift two or more boxes full of bees and honey), or of benefit to the bees. Perhaps from many decades of being hived, bees now expand their colonies upwards.
Above the box, we added an eke (smaller box) on top of a queen excluder. The box gives room for the brood to expand, and additional honey stores are put in the eke. We have harvested honeycomb from the top eke of this hive for the past two years. This still leaves enough honey for the colony to thrive.

Drone at Emily entrance
Holly - Extremely busy and we saw a large variety of pollens entering the hive.
Download the free Candide App to discover more about bees

Cuppa - Extremely busy when visited, with plenty of pollen entering the hive. The entrance was still marked with their waste, but they appeared strong in other ways.
Compass - RIP. We were very sad to open up this hive as there was no sign of flying. We had added some fondant last week above the cluster, which was tightly attached to a frame. This hadn't been taken when we checked this week. On further investigation, we could see that the bees hadn’t any stores left. As a wild colony caught in a bait, they seemed heavy enough, so we hadn’t fed them in the autumn, preferring to treat them as naturally as possible.

RIP Compass
As a new colony, we had none of their honey to feed them, and we didn’t want to risk transferring disease by supplying them with another colony’s honey. This hive had also been blown over, which will have contributed to the stress. It is so sad that they ran out of food just a week or two before the weather warms up, and sufficient pollen and nectar becomes available around the apiary. It also highlights the importance of native plants to provide them with forage during the winter and early Spring.
Deciding whether or not to feed a colony is always a difficult decision. We aim to rear strong, healthy and resilient colonies, which wouldn’t be possible if they depended on us feeding them, particularly with sugar fondant. As we have found in the past, the next colony to move into this hive will find the ready-made wax comb advantageous, as it will enable them to concentrate solely on collecting supplies to see them through the winter.
Oak wild bees - On the edge of the Rookery, these bees are high up in an oak tree and are still busy flying. They are too high up to see pollen or drones, but the fact they’ve survived this far into Spring is very exciting.

Where do Bees go in Winter?

During the winter months, honey bees cluster tightly together around their wax comb. Not a full hibernation, but a calm...

Mixed weather brought sunny spells and chilly winds this week, meaning we had to take advantage of the warmer moments to...

With a week full of cold and windy weather, the main emphasis this week was to keep an eye on the hives to ensure no more were...