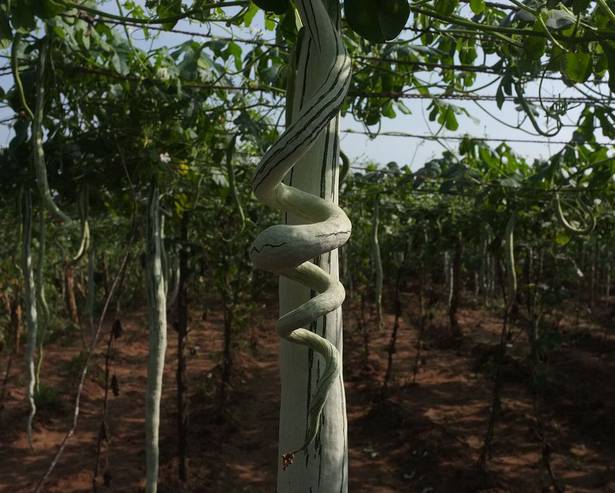 From record-breaking pumpkins to light-as-air luffas and all the warty, bottle-shaped and turbaned varieties in between, the gourds are an odd-looking bunch.
Out of all the species, the snake gourd is probably the most curious. Or, for those with ophidiophobia (the fear of snakes), the most terrifying! 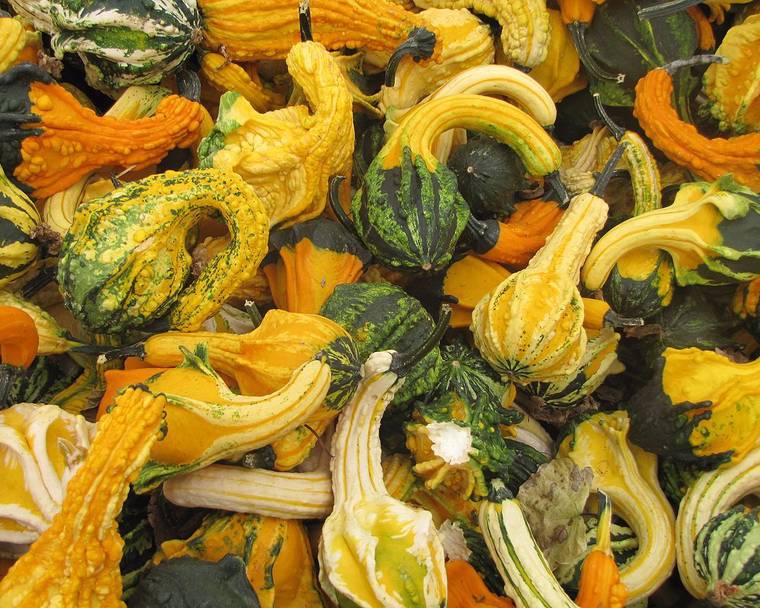 Gourds come in an endless array of shapes, sizes and colours...

The fruit of the snake gourd isn’t the only incredibly long thing about this plant. It also sports the incredibly lengthy Latin name of Trichosanthes cucumerina var. anguina. 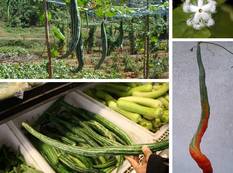 Native to eastern Asia, the snake gourd extends its slithering reach down to Australia and the western Pacific islands.
In certain areas, it is cultivated as a vegetable, though never on a large scale. 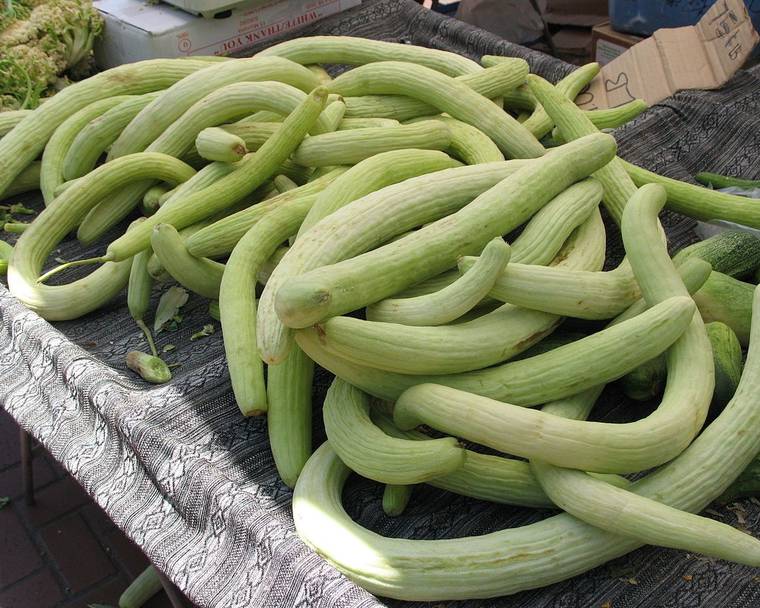 Although the fruit is the headline act of the plant's lifetime, the flowers are spectacular too.
Opening after dark, the small buds unfurl to reveal a deliciously-scented bloom decorated with lacy tendrils.
These virtually glow in the moonlight (to attract pollinators) and last only a single night. The flowers are also unisexual, so male and female flowers are borne separately, though on the same plant.
It is the female flowers that go on to bear fruit, so if you are growing at home, be sure to pollinate them yourself. 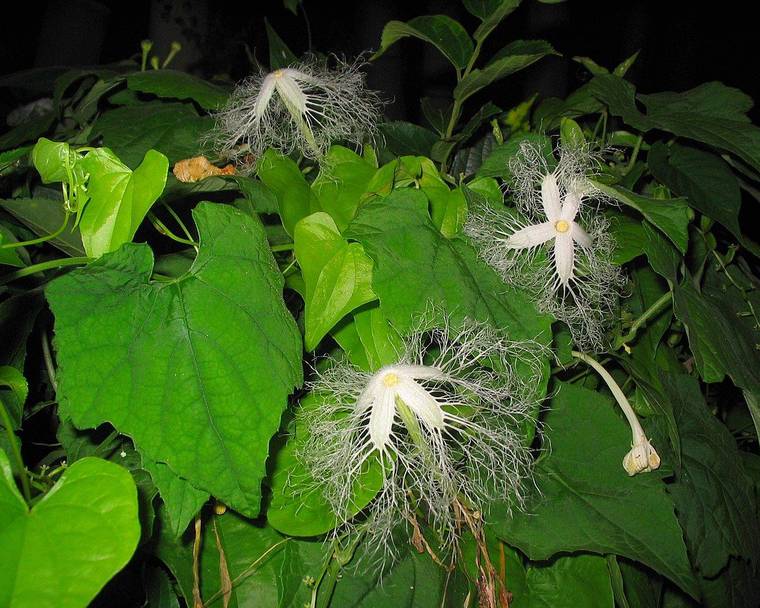 Here the ephemeral night-blooming flowers have opened and are awaiting pollination.

After pollination, the gourd continues to grow and ripen. They can be cooked and eaten when not fully mature, though will be somewhat lacking in flavour.
The fruit often reaches 1.5m in length and may twist and contort into a slithering, snake-like shape. There are reports of even longer snake gourds out there.
However, the longest gourd on record came from a loofah (Luffa aegyptica) and measured a whopping 4.55m.

As the fruit matures, it hardens and is no longer suitable for eating and is grown more as an ornamental curiosity. 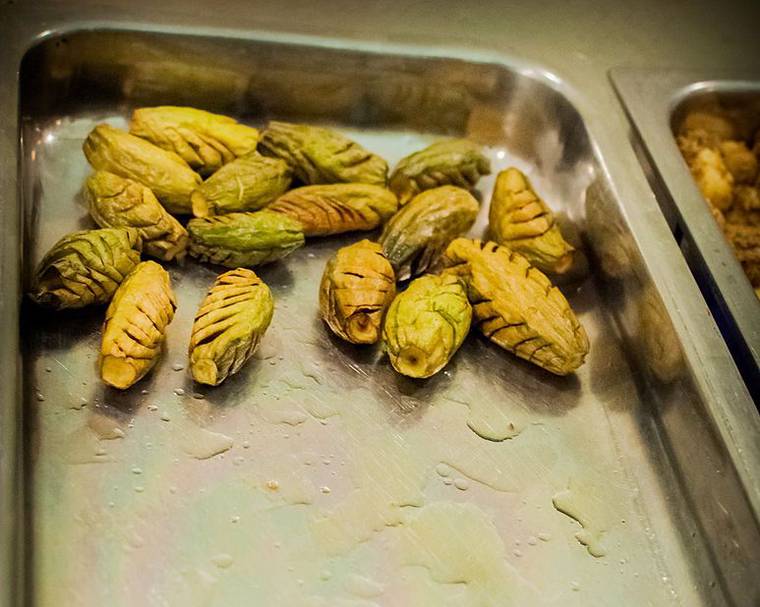 Young snake gourds can be eaten in dishes such as curries, fried and here in potol bhaja.

Snake gourds are from a tropical climate and benefit from warm soil and stable temperatures, particularly at night. For this reason, when planting the seeds - usually during early April - they will benefit from a heated propagator.
Young plants should be grown in a greenhouse or on a windowsill until late May when fear of frost has passed. Once hardened-off, they can be planted out in a sunny border prepared with plenty of organic matter.
Gourds are greedy and will require constant watering and feeding throughout the growing season. They are also voracious climbers and will need support, as they can grow to over 2m tall. 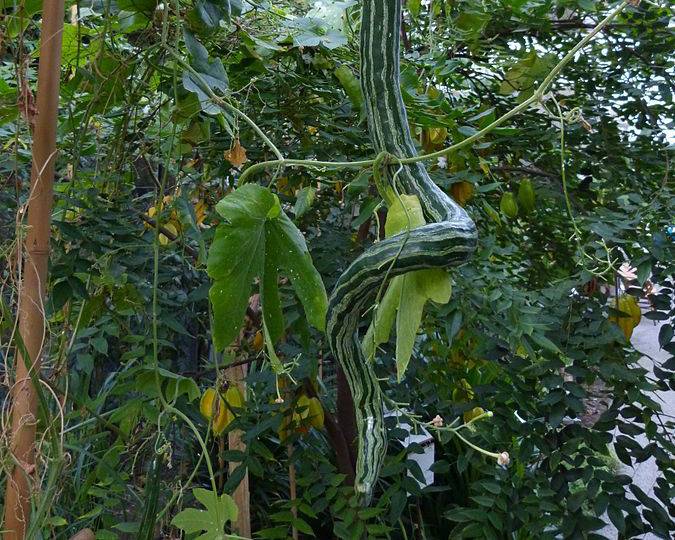 The fruit is ready for harvest by late summer/early autumn and should be removed before the first frosts.
If unripe, move picked fruit to a greenhouse to finish maturing and then store in a cool, dry place.
At this stage, although the fruit as a whole is inedible, the red pulp is used as a tomato substitute in some cultures. However, they are used more often for ornamental purposes – a few licks of paint, and you could have quite a convincing snake on your hands! 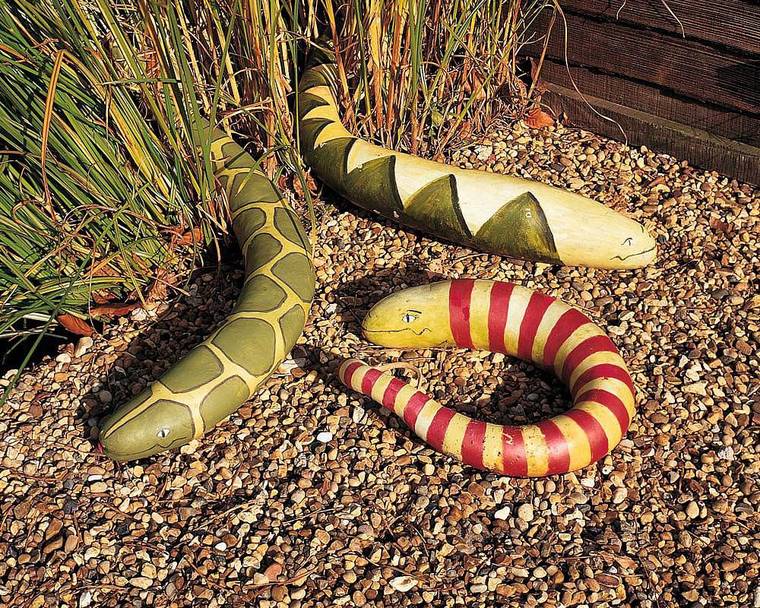