Please check local COVID restrictions and the garden's policy before planning your visit.
Whether Wales' finest botanical Garden takes your fancy or escaping to an oasis of calm at Cowbridge Physic Garden, there's a garden for everyone to enjoy in South Wales.
Here are five must-see gardens in the region. 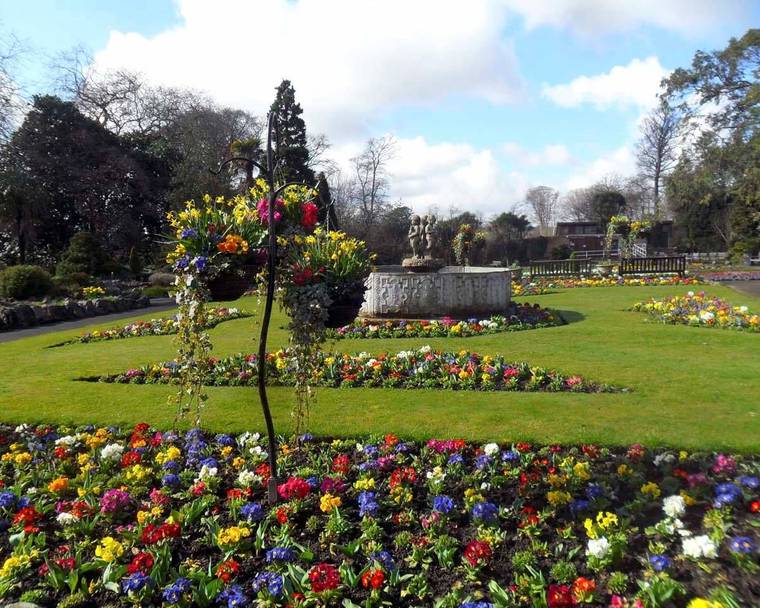 Image credit: FCSBC
Part of Swansea's beautiful Botanical Complex, the Botanical Gardens have been situated in the peaceful Singleton Park for almost 100 years, offering beauty to visitors no matter the season.
Within the city, they are referred to as Singleton Botanical Gardens while outsiders may be more familiar with the name Swansea Botanical Gardens.
Spanning a rich history, the Gardens officially opened to the public in 1926 as a "collection of economic plants and British flora". Now supported by a group of volunteers, the Friends of the City of Swansea Botanical Complex (FCSBC), the Gardens contain a renowned double herbaceous border and many mature trees of national importance.
The gardens also have a newer addition – The Wildflower Garden – which adds a "little slice of wild" among the more formal setting of the traditional Botanical Gardens. 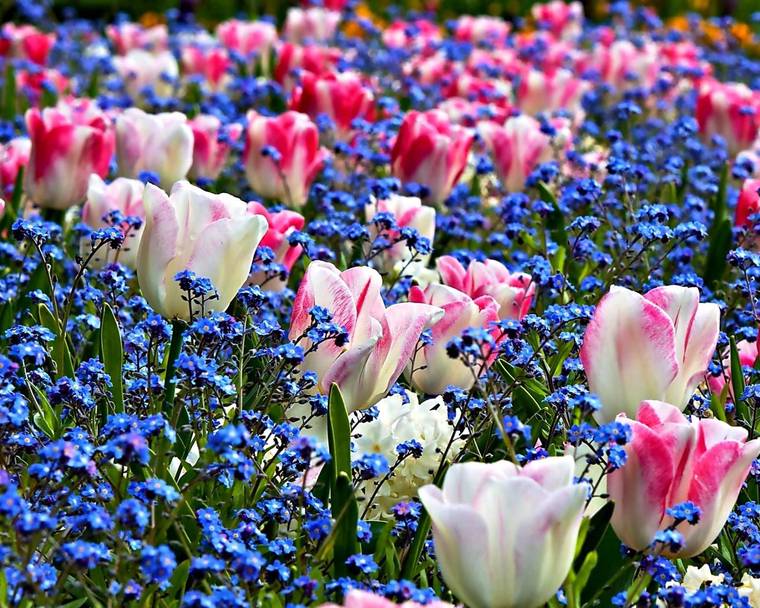 Image credit: FCSBC
The 60-metre-long herbaceous border presents a fantastic sight from late March until mid-October and begins the start of the journey through a rare collection of species from four continents.
You can enjoy exotic trees and shrubs from America, Asia and Australia, including tropical palms Trachycarpus fortunei and Musa basjoo (Japanese or Hardy Banana) which can be seen within a short stroll of each other. Image credit: FCSBC
The gates to the recently established Wildflower Garden were produced in Pembrokeshire by a talented blacksmith; they illustrate the poppy in its various forms and are a fine example of public art.
The variety of glasshouses offer shelter in poor weather. The current Temperate House, which features a cool climate suitable for specialist plants from Southern Europe and Australia, replaced two of the original glasshouses when they fell into disrepair.
Further glasshouses have since been replaced and re-landscaped, including what is now known as the Tropical House.
Here, orchids, ferns and bromeliads have been placed on old, long-dead branches of native oaks to mimic how they would grow in their natural humid environment. 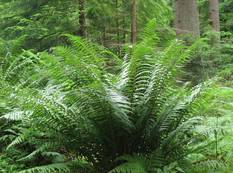 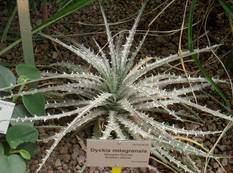 Made by a Carmarthenshire-based craftsman, you may also be able to spot a wooden-carved monkey in the vines if you look closely. Image credit: Cowbridge Physic Garden
Just a few steps away from the noise and pressures of modern-day life is the small oasis of calm and tranquillity known as Cowbridge Physic Garden. Covering only 1/2 an acre, the volunteer-run Garden is located within the Old Hall grounds in the centre of Cowbridge and just 12 miles to the west of Cardiff.
Described as a glorious array of medicinal plants and herbs, the Garden is maintained to an exceptionally high standard and has won Green Flag Awards for the past nine years and the highest accolade in the RHS Wales in Bloom 'It's your neighbourhood' category.
But it wasn't always this way. Badly neglected during the 20th century, the Garden became an overgrown wilderness. Thankfully, in 2004, a group of enthusiastic volunteers brought it back to life, restoring it to the beautiful Physic Garden that you see today. 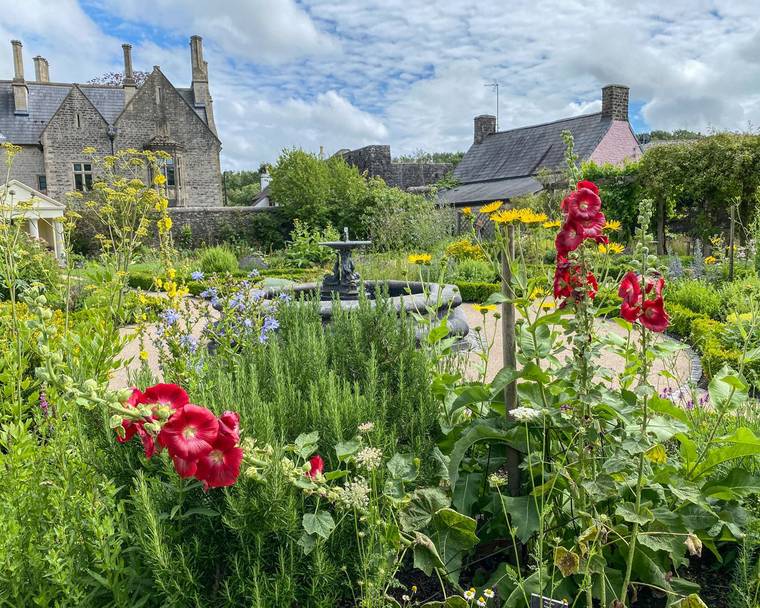 Image credit: Cowbridge Physic Garden
The formal layout of the Garden is typical of the 18th century, only featuring plants found in Britain before 1800. However, what makes this Garden unique are twelve central beds devoted to a variety of plant species that would traditionally have been used for treating ailments, cooking, dyeing fabrics and perfumery. Some of them still have a recognised medicinal value today.
Each of these beds contains plants specific to a part of the body, or a particular illness and each bed is appropriately labelled (kidneys, eyes, nerves, and lungs, etc.). 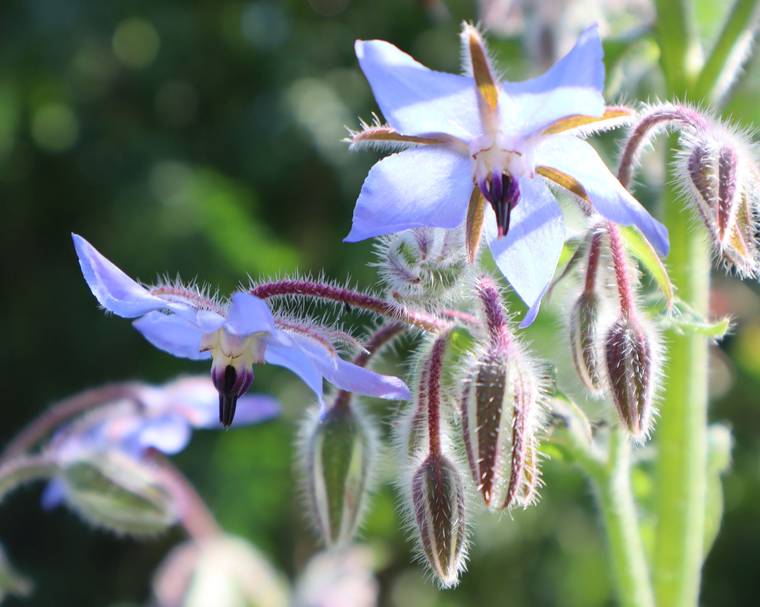 Image credit: Cowbridge Physic Garden
Spectacular colour and fragrance draw your senses to the perimeter of the Cowbridge Physic Garden, but again the medicinal and 'soothing' value of the plants is evident. The central fountain also enhances the serene atmosphere.
Fruit trees include apple, pear, walnut, quince and mulberry while the vines trained against the walls were a gift from Cowbridge's twin town of Clisson. 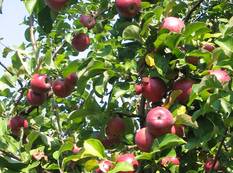 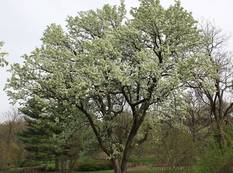 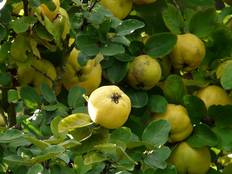 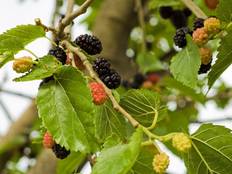 Check out our exclusive audio tour of Cowbridge Physic Gardens. Image credit: Visit Wales
The stunning National Botanic Garden of Wales is set in the Carmarthenshire countryside and is a fascinating blend of both modern and historic. The 568-acre parkland is home to a dazzling range of themed gardens including the largest single-span glasshouse on the planet, a tranquil Japanese Garden and an incredible centre for birds of prey.
Their core mission is to conserve, educate and inspire, and they certainly do. When the team isn't tending to their unique Welsh plants, they're making scientific advancements and developing green technologies to reduce the natural resources we use.
Taking centre stage is the Great Glasshouse. The spectacular giant dome features the largest collection of Mediterranean plants in the Northern Hemisphere, with beautiful rare and endangered species from South Africa, Australia, California, Chile, the Canary Islands and the Mediterranean Basin. 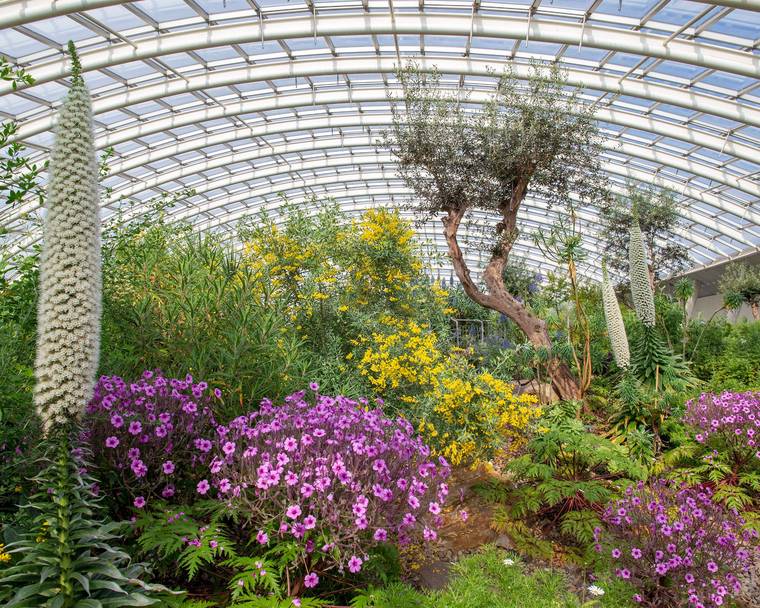 Image credit: Tim Jones
New for 2020 is the restored Regency parkland, something which head of marketing and communications David Hardy calls "an exciting addition".
He explains the project is the biggest that the Botanic Garden has undertaken since its opening in 2000. New dams, cascades, bridges and a newly filled lake have been added to the 200-acre area. There will be a 'soft' launch of the £7.2 million five-year project imminently, and the official opening of the new-look landscape will be in spring 2021.
The British Bird of Prey Centre is also a must-see new attraction, where you can witness amazing daily flying displays from its collection of UK native raptors, including hawks, falcons, kites, buzzards and eagles.
They offer special hands-on experiences, but the ambition is that it becomes a centre of excellence specialising in the breeding and conservation of British raptors.
Backed by DNA-barcoding science, the Garden has launched the Saving Pollinators Assurance Scheme and the UK's first pollinator plant logo programme. Certain plants will display the Saving Pollinators logo, which will enable gardeners to buy plants that are guaranteed to be good for bees and other pollinators. Image credit: Tim Jones
Visitors (virtually or in-person) also have the opportunity to hone their horticultural skills and knowledge through the Garden's Growing the Future project, which offers a variety of gardening and beekeeping-based courses all year round. 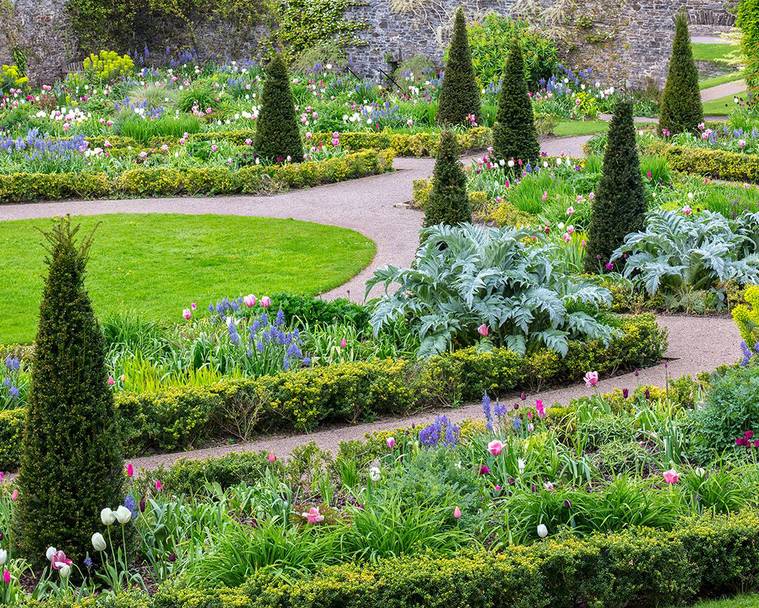 Image credit: Nigel McCall
One of Wales' finest botanical gardens with an Elizabethan Cloister Garden at its heart, this is a plantsman's paradise.
Based in Carmarthenshire, Aberglasney offers the opportunity to explore more than 10 acres of gorgeous gardens. You may recognise it from the BBC television series 'A Garden Lost in Time' which followed its restoration.
It was in the 1900s that Aberglasney was on the brink of collapse, after being uninhabited, neglected and vandalised for decades. However, 1995 saw the start of its spectacular regeneration when the Aberglasney Restoration Trust bought the House and Gardens. Aberglasney finally opened to the public on the 4th of July 1999 and restoration work has been on-going since then. 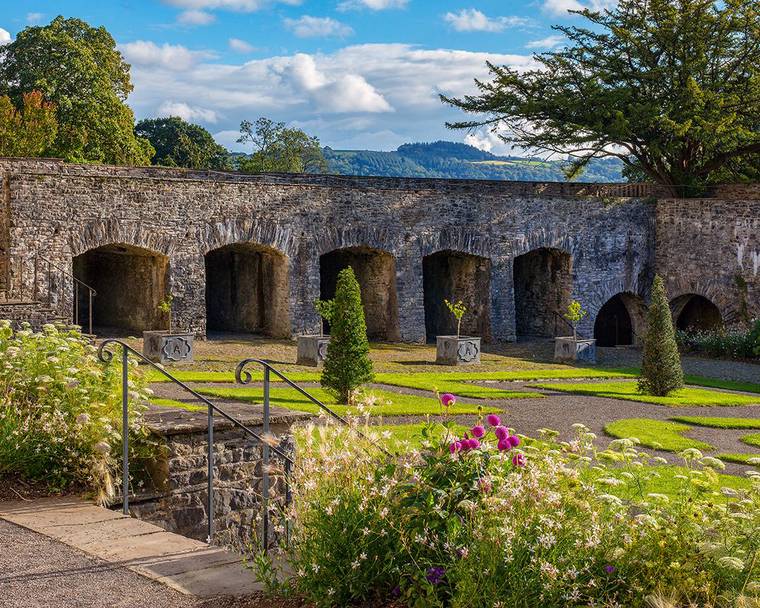 Image credit: Nigel McCall
There is something to enjoy in the nine gardens and woodland all year round. The 200-year-old Yew Tunnel is a glorious fusion of thick tree trunks, while the Kitchen Garden comes alive in summer with fruit, vegetables and cut flowers. Renowned for being Aberglasney's 'most extraordinary and legendary feature,' exploring the Cloister Garden is a must.
A meadow surrounding a quaint little stream, the Stream Garden offers a contrasting experience to the more formal areas and, completed in 2012, the Jubilee Woodland is one of the newest additions to the gardens. 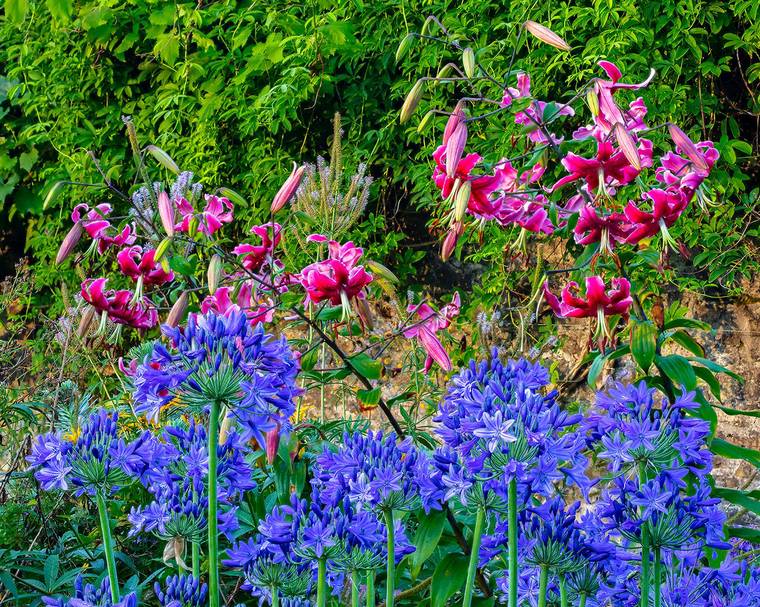 Image credit: Nigel McCall
After exploring the Gardens, why not stop for lunch at Aberglasney's Tearoom, where you can enjoy locally produced ingredients that have travelled just metres from the Kitchen Gardens? Or, perhaps, browse the botanically inspired gifts and plants in the shop. Art exhibitions also take place through the year on the ground floor of Aberglasney's mansion – also restored to its former glory.
Listen to our audio tour of Aberglasney Gardens. This 1,000-acre glorious parkland in Neath Port Talbot is home to Grade I listed gardens complete with breathtaking views. The beautiful trees, shrubs and flowers, classic and modern planting, lakes and long vistas that make up these scenes have evolved since medieval times.
It may be a familiar view as the Gardens are situated on the same site as the incredible Margam Castle, which has been used as a filming location for films and TV programmes such as Doctor Who, Torchwood and Da Vinci's Demons. The Gardens also surround one of the most prestigious establishments in South Wales – the magnificent 18th-century Orangery.
The areas contain many notable trees and shrubs including the majestic Tulip Trees, a very large cut-leaved Beech and the octopus-like oriental plane. The age and size of these specimens are in keeping with the landscape and architecture creating an impression of immense space.
The Gardens at Margam are continuously being developed. The formal Castle Terrace Gardens hope to attract attention throughout the year with grasses and flowering perennials framed within neat box and yew hedging. Meanwhile, the old walled Kitchen Garden, which houses an apiary, wildflower meadow and fruit trees, is in the process of transforming into a community orchard space. Image credit: Alison Lloyd
The stunning landscape and a wide variety of wildlife can also be enjoyed at the park, providing a diverse countryside which contrasts vividly with industrial Port Talbot.
Among the more common mammals to be seen are foxes, badgers, hares, grey squirrels, voles and shrews, not forgetting Margam's famous deer herd. Occasionally, adders may be seen basking in the sun on rocks or short grassy areas. Or perhaps you might spot a member of the park's flourishing Skylark population.
Buzzards, Kestrels and Sparrow Hawks can also sometimes be seen hovering over the Park while Mute Swans, Coots, Moorhens, Canadian Geese, Mallard, tufted duck and pochard inhabit the lakes.
Take a digital walk through Margam Park. Why Autumn is the Best Time for Planting

Autumn is the best time to plant most garden plants. Recently, there's been a shift to planting in the spring, but there are...

As much as it feels like it, gardening doesn't stop with the end of summer. September to November is the best time to put...

Mona's Garden: A Hidden Treasure in the Heart of North London

Mona Abboud is the proud proprietor of a fantastically diverse and eclectic collection of Corokia's, as well as numerous other...