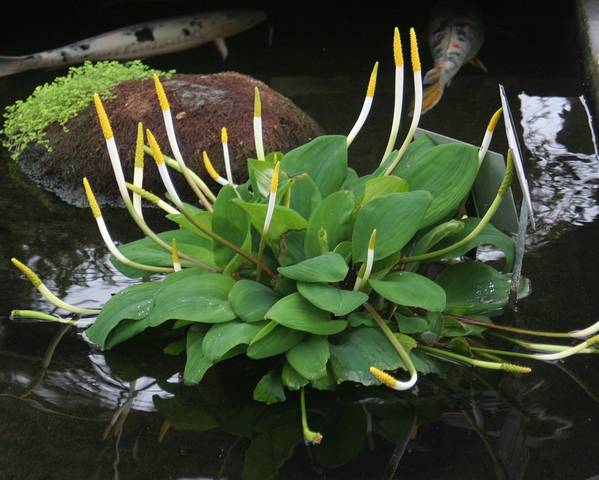 A monotypic genus of aquatic plants with one extant species, O. aquaticum; other species in the genus are only known from fossil records. This plant is native to the Eastern part of North America where it grows in shallow ponds and lakes, and in streams. Its common name, golden club, comes from the unusual inflorescence composed of a green sheath surrounding a central fleshy white spadix topped by tiny golden flowers. They are happiest in deep mud at pool margins preferably in an acid substrate.

How to propagate Golden club

Seed when fresh, in mid-summer.

Other uses of Golden club

Grown for its floating foliage and flower spikes.