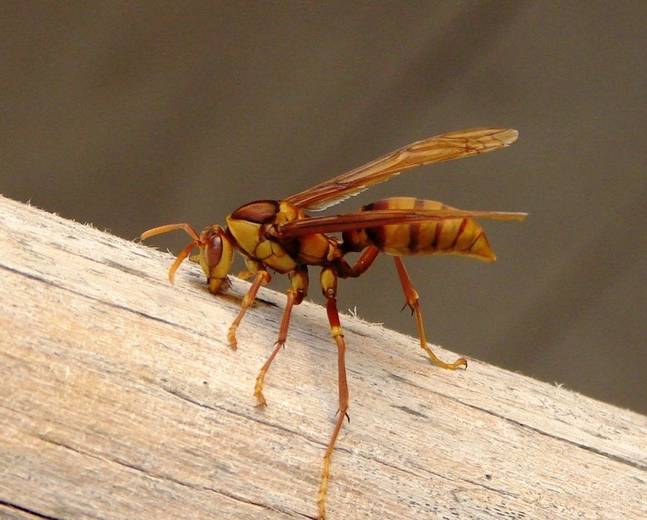 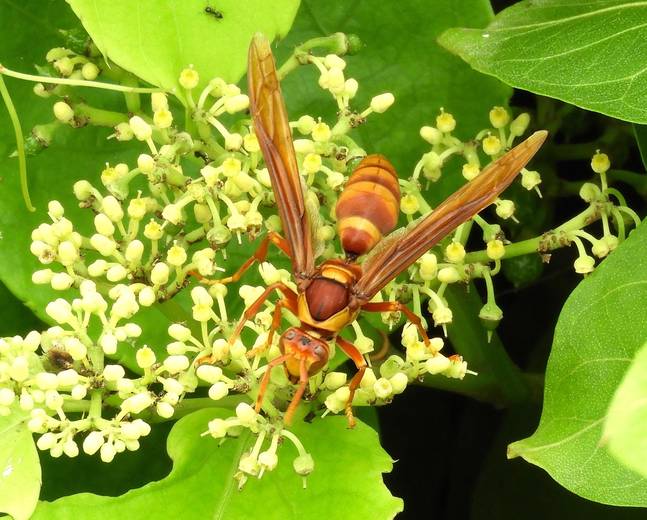 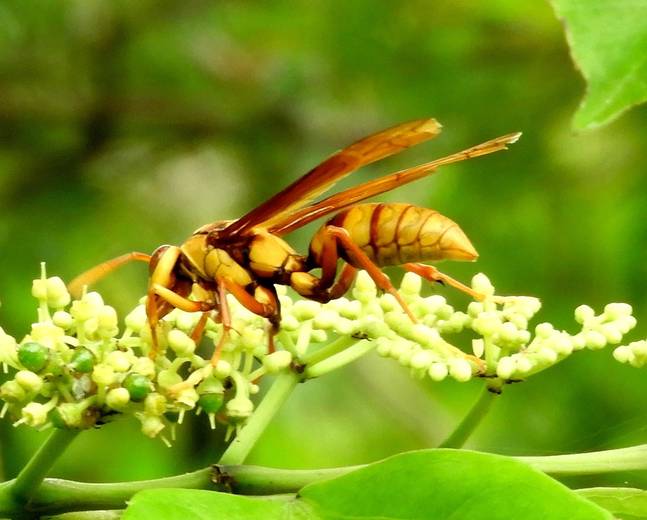 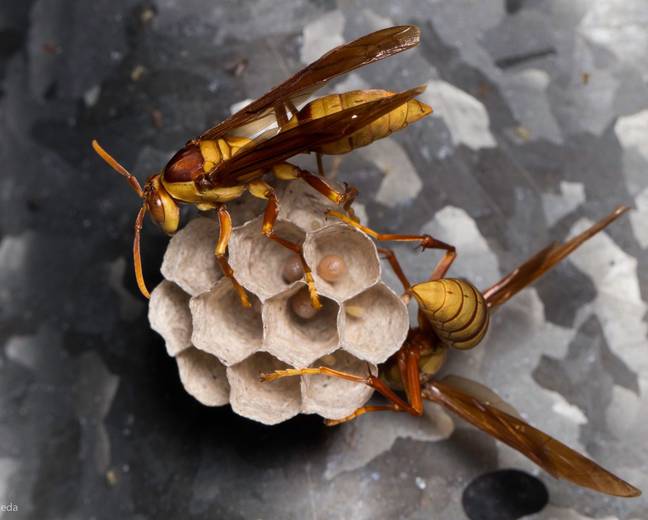 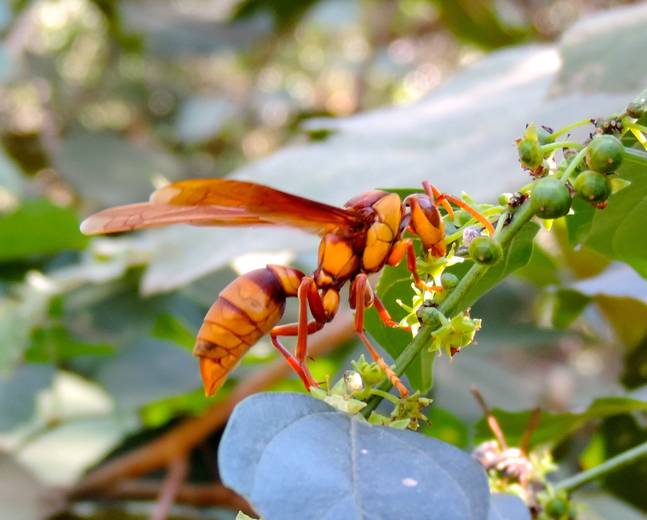 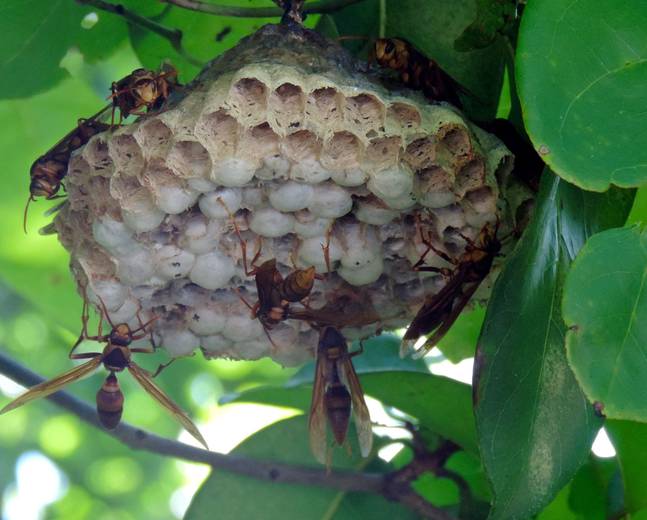 by Sam_Coppard (All rights reserved)
1 of 7
The Executioner Wasp (Polistes carnifex) is the largest in Central and South America, most famous for its painful sting. The sting of an Executioner Wasp is supposedly more painful than that of the Bullet Ant and Asian Hornet. Executioner Wasp nests are relatively small, comprising a few females which lay the eggs and some which tend to the wasp larvae. Polistes carnifex is a vespid wasp, known commonly as Paper Wasps. Paper Wasps build nests by chewing up wood fibres until it's the consistency of paper mache. They use the paste to construct their nests, which, when dry, is more or less the consistency of paper. The Executioner Wasp is named after its painful sting. The sting is rated as level 4 on the Schmidt's pain index, which is, in fact, the highest level. Supposedly, Polistes carnifex is not that aggressive. However, in general, wasps will become territorial and aggressive when humans get too close to the nest containing the wasp larvae. Wasps are considered beneficial insects because they'll forage pollen and nectar, doing some pollination. Likewise, they will hunt other insects considered pests, which they feed to their larvae.
Free download for your phone or tablet

A beneficial insect in its natural habitat.

Pack a nasty sting and should not be removed without the help of a professional.

Adults: These wasps are big, measuring around 3cm, the queens are slightly bigger. They're mainly yellow with brown bands on the abdomen. The wings are large and narrow, tainted light brown. Nests: The nests typically grow to a maximum of 9cm. They usually nest in trees, but in some cases, they'll build nests in the eaves of houses which can be problematic. Larvae and Eggs: A female will lay one egg per cell. The wasp larvae will remain in the nest as until they reach full maturity, emerging as adult wasps.

It's not advised to remove wasp nests without the help of a professional.
Free download for your phone or tablet