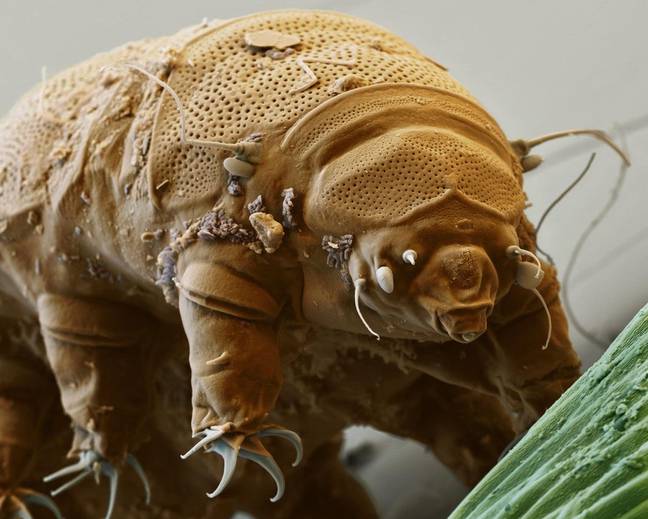 The tardigrades (Tardigrada) make up what's known as a Phylum in the tree of life, which holds roughly 900 species in total. They're invertebrates, possessing no backbone, where the largest species measures as little as 1.5mm! Despite their size, they're incredibly hardy. Tardigrades have been found at the deepest depths of the ocean to heights as high as some of the Himalayan peaks, with some species withstanding the conditions of outer space. Many feed primarily on moss and lichen, but they can thrive in soil, sediment and leaf litter too. Tardigrades are what's known as a pioneer species, meaning they'll colonise an area of habitat with low nutrient value. From their movement and presence alone, they accumulate essential nutrients such as nitrogen, carbon, and phosphorus. This makes the areas more hospitable for bacteria, plants and beneficial invertebrates to move in and flourish.
Free download for your phone or tablet

Tardigrades are a resilient microscopic invertebrate that can improve soil health.

These little bears will inhabit just about any kind of habitat, including the garden!

These animals can only be observed underneath a microscope. They can range between 0.5-1.2mm. They possess 8 legs with 1-4 protruding 'claws', which is why these animals are sometimes referred to as bears. The mouthparts are tubular with numerous stylets.

Worldwide (including the Antarctic!).
Free download for your phone or tablet