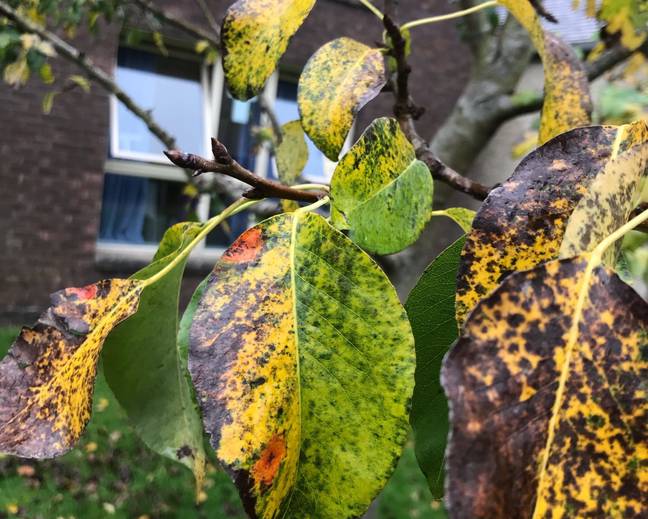 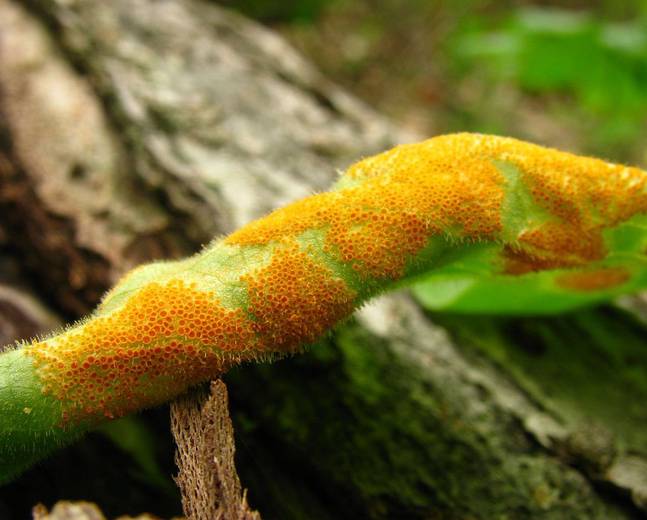 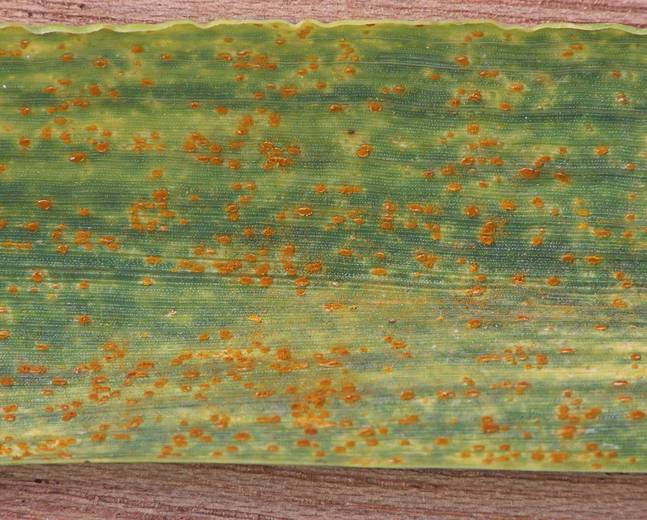 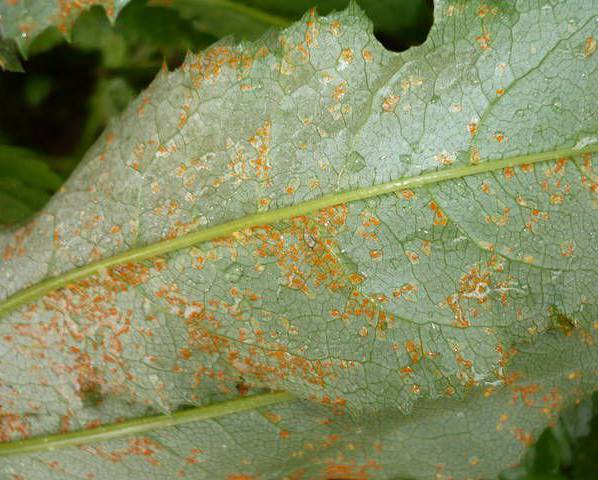 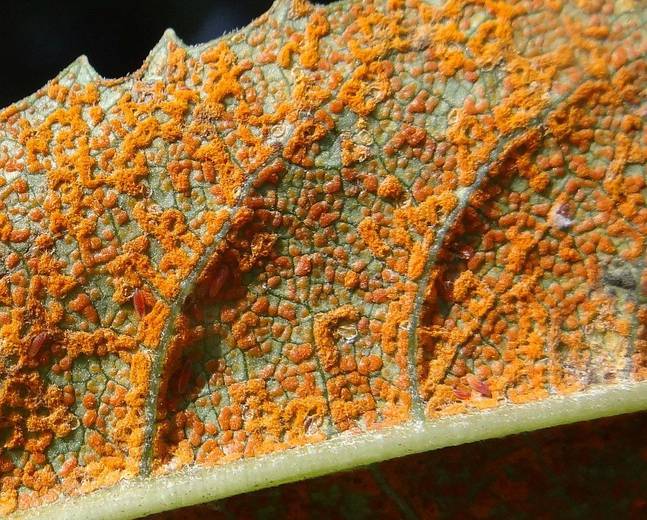 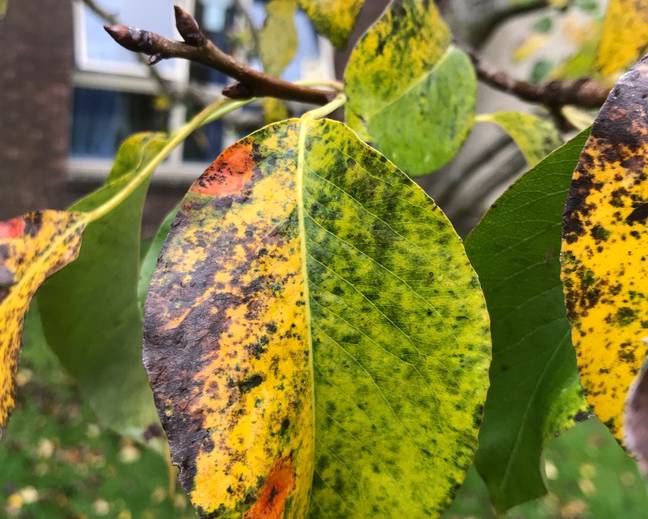 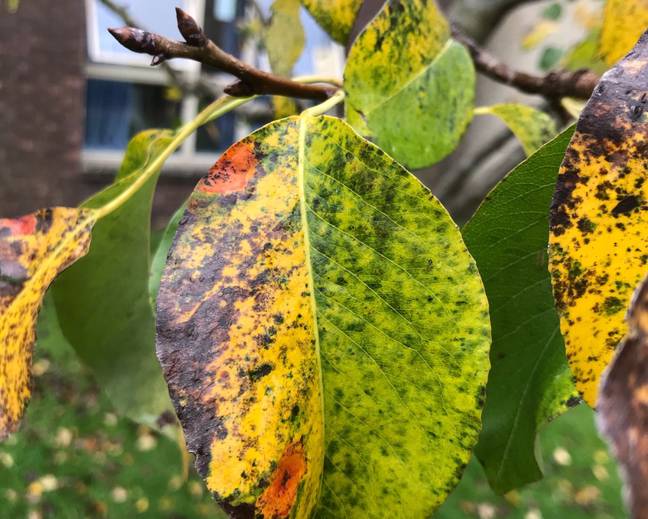 1 of 9
Rust fungi are characterised by their orange-brown dusty pustules which are often surrounded by a yellow ring, depending on the particular Rust. They can range in severity from infections that can wipe out a crop to purely aesthetic damage. There are over 4500 different species of rust fungi of which 200 are native to the UK. The life cycles of Rust are one of the most complicated. The life cycle can involve several kinds of spore, each of which may specialise on different plant species. Rust fungi typically target the plant foliage, although some are known to affect fruits, flowers, petioles, tender shoots and stems. Some species of Rust can give rise to systemic infections that may result in other plant problems, such as abnormal growth, witch's broom, stem canker, galls, or hypertrophy in some plant parts.
Free download for your phone or tablet

Orange, yellow, brown, black or white, dusty pustules on foliage, flowers, fruits and stems. They can also, however, appear on the stems and other plant organs in severe infections. Pustules on leaves can be on the top or underside of the leaf depending on the species of rust

Orange-brown, dusty, pustules on leaves, shoots or fruits.
Pustules can be on the top or underside of leaves.
Leaf yellowing.
Yellow leaves may fall early.
Heavy infection can reduce overall vigour of the plant.

The rust fungi produce different types of spores making it one of the most complicated fungal life cycles. They often alternate between different host plants for different stages of their life cycle producing 1 or 2 types of spore on one species, then the remaining spore types on another species.

Practise general plant hygiene, e.g. clearing dead leaves, removing and burning infected material etc. Making sure gardening tools are cleaned regularly between plants. Having good drainage in the soil. Good airflow through and around plants. If Rust is caught early enough, picking off affected leaves can help to slow the rate of transmission. Picking off too many, however, might negatively impact plants. Any diseased or dead plant matter should be destroyed at the end of the season. Never compost plants with Rust.

Thousands of different host species.
Free download for your phone or tablet